This week at Bungie, we’re back in action.

It’s been a while, hasn’t it? Since the last TWAB, you’ve gotten your hands on Hawkmoon. The Dawning has come and gone. Next-generation consoles received some wonderful enhancements. You’ve released a crow from their cage, and Lord Saladin watched as you decimated your foes with Stasis in the Iron Banner.

On the Bungie side of things, we took a breather. This last year has been full of challenges that none of us expected. Even through everything 2020 had in store, we were able to get Beyond Light and Season of the Hunt in your hands. This did come at a bit of a cost, though, and we needed some time to recharge our batteries for a new year. We have no doubt that 2021 will have mountains to climb and unexpected surprises, but we’re all excited to get back into the groove for a new year of Destiny development.

So, let’s get this party started. We’ve got four TWABs between you and a fresh Season of Destiny 2 content. You’re hungry for what we've got planned, and we’re eager to dish out the goods. First up, we’ll be looking at a few changes to vendors, Dreaming City and Moon rewards, and some sandbox tuning for Hunter Stasis abilities in the Crucible.

Since the launch of Beyond Light, we’ve been collecting what feels like a metric ton of feedback on various Destiny systems. While we’ve shared some plans related to rewards, DDoS protection on consoles, crossplay and transmog, we have new details on rewards from two of our more recent destinations: The Moon and the Dreaming City. Rewards Area Lead Justin Dazet will be walking us through some changes in response to player feedback.

Justin: Last month, Assistant Game Director Joe Blackburn spoke about some changes we were making to gear in Season 13 in response to some feedback. Today we’re going to briefly chat about what some of these changes are as they relate to our back catalog of expansions, and the reasoning behind them.

First let’s review a list of what you’ll see starting in Season 13:

We are making these changes to help preserve the relevancy of the destinations, specifically some of the pinnacle end-game activities that still exist there. To get more specific around the actual experience, activities where re-issues are acquired will be heavily weighted towards rewarding re-issued gear over capped gear -- though the exact weighting and mechanisms may differ. For example: In the Dreaming City if you have already obtained an infusion capped weapon, it will not drop for you again. While not every gear source or Legendary reward will be kept up to date for the entire lifetime these destinations are available, we do believe there’s high value in targeting some specific activity drops for continued relevancy to give you more options for where to spend time as you seek to improve your arsenal.
Click to expand...


TURN IN THOSE TOKENS​

Since Destiny 2 launched, Guardians have been amassing vendor reputation tokens. These could be turned in for Legendary gear, which would usually be dismantled for Legendary Shards and materials. Looking to the future, the team is excited to update the ways in which you earn reputation with ritual vendors and the rewards that come from them. Dazet, back to you!

Justin: The rewards for continuous ritual playlist completion has been a subject that’s come up several times as we’ve looked over Beyond Light feedback, and we’re happy to announce some changes coming soon to Gambit, Crucible, and strike reward structure.

Firstly, we’ll be adding two new unique weapon rewards to each of the three playlist rituals (so six total across all three activities). These weapons are in addition to the ones added in Season of the Hunt, and continue to have a small chance to drop at the end of each activity.

Second, starting in Season 13 for Gambit and Crucible (Valor) and in a future Season for strikes, rank rewards will be visible on the ritual vendors. Each Season you’ll be greeted by a row of rewards, progression toward which will be earned automatically as you complete relevant playlist activities.

Instead of having rank rewards dropped automatically into your loot stream, they now will be picked up manually from the vendor lists. We feel this gives much better visibility into what you’ll be earning as you progress, and helps you make better choices about where to spend your time. Progression is on a per-ritual basis. You can be on Rank 10 for Crucible and Rank 4 for Gambit, for example. You’ll reset your rank right at the vendor by picking up the final reward.

Rewards for each individual ritual are as follows: Due to this automated progression, Crucible Tokens and Crucible Token Gifts are no longer needed and will be deprecated into junk that will delete as a full stack starting in Season 13. So, cash those tokens in before the end of the Season, and get ready to earn some Masterwork materials!
Click to expand...

The conversation and feedback on rewards wasn’t the only thing we were tracking over the holiday break. Many of you have been spending time in the Crucible, experimenting with Stasis and all of the ways in which it can change the flow of a PvP match. Prior to the break, we had a round of tuning for Warlocks. Next up, we’re looking at Hunters, but also have some comments on our approach to future Stasis tuning as we head in to the new year. Please welcome Combat Area Lead Tomonori Kinoshita back to the TWAB to talk through our goals for Stasis abilities in PvP.

Tomo: Over the holiday break we saw Trials go live, and with that a wealth of valuable feedback from the community. Along with this feedback, we have been tracking data from Trials and identified some short-term changes, as well as more mid-term goals we are focusing on in the coming weeks and months.

A few of you noticed that prior to our holiday break, we were able to get a few sandbox changes delivered faster than expected. Thanks to changes on Destiny 2’s backend and the Destiny Content Vault, our patch pipeline is indeed better than before! That said, some changes won't happen at light speed, as our team wants the appropriate time to collect feedback, check the data, and test proposed changes.

Once these changes have been validated, we’ll be eager to get you details via TWABs, blog articles, and more.

Sometimes, it can be difficult to think of how large the Destiny community has become since 2014. It seems no matter where you may be in the world, you might bump in to a fellow Hunter, Warlock, or Titan. Last year, we bolstered our efforts with the addition of two international community managers. Join us in welcoming a third to the team! Introducing our new Russian Community Manager, Ivan Yanyushkin.

My name is Ivan and I'm the latest community manager added to the team for Russian speaking Guardians. In Destiny 2 I enjoy making raids more complicated by doing them with fewer than six people and endlessly roaming around Europa on my Warlock, which for me is a meditating experience.

Some of you might know me from my past work at Blizzard Entertainment, where I worked as a community manager for different titles. This experience will help me, but I will also be thankful for your guidance. Feel free to reach out to tell me what works, what doesn’t, and how things can be improved for the Destiny community. One day, when real-life gaming events finally become possible again, I will be happy to meet you in person. But for now, let’s stay in touch on Twitter, VKontakte, and on the Russian Bungie Forums.
Click to expand...

It’s an honor to work with such an amazing community. My job will be to pass the voice of the players to developers, help local content makers grow, manage Russian social media channels, and take care of many other duties. I’ll do my best to be Ivan the Great not the Terrible!

P.S. Hopefully one day I’ll even get used to the fact that Hydras explode after death

Through the holiday break, Destiny Player Support was at the ready, providing vital information to players encountering bugs, seeking workarounds, or just asking for help with their network setup. This week, their eyes turn towards an upcoming Hotfix, preparing you all for the incoming update.

UPDATE 3.0.2
Today, January 14, background maintenance for Update 3.0.2 will begin. Below is a timeline of events:


UPCOMING RESOLVED ISSUES
Below is a list of some issues expected to be resolved with Update 3.0.2:


DUST AND ECHOES
Almost nine years ago, stats and files from our previous franchise, Halo, stopped getting updated on Bungie.net. Since then, all stats, files, and other data from Halo 2, Halo 3, Halo 3: ODST, and Halo: Reach have lived on in remembrance at halo.bungie.net.

On February 9, the halo.bungie.net website will be taken offline permanently. Everyone is welcome to save their stats and files, however they can, if they'd like to save anything. Please keep in mind that our News articles, Forums, and Groups were imported into the current version of Bungie.net back in 2013.

KNOWN ISSUES
While we continue investigating various known issues, here is a list of the latest issues that were reported to us in our #Help Forum:

For a full list of emergent issues in Destiny 2, players can review our Known Issues article. Players who observe other issues should report them to our #Help forum.

It’s been a little over nine months since I’ve been to a theater. While I definitely miss the smell of fresh(ish) popcorn and mind-blowing visuals on a massive screen, I’ve been keeping myself busy with Destiny clips, montages, and videos from our amazing community. Let’s see what we’ve got this week:

Movie of the Week: Confectionary Ghost

Make sure to put a link to your Bungie.net profile in the description of your video. Why? We have a sweet emblem to grant you for your troubles. As always, upload your finished product to the Creations page.

Since we’ve kicked off the weekly artist features, I’ve found myself doodling more often. Thinking of what my Guardian would look like in the heat of battle, or just chilling on a couch after getting some sweet loot. Thank you to all who continue to inspire members of the community to embrace art! Let’s kick off the year with some fun pieces. 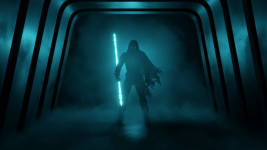 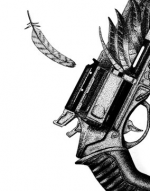 Art of the Week: Fire and Ice 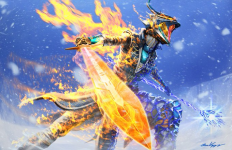 While we may not be in the office, it feels great to be back in the saddle. Always enjoy diving through feedback, discussing the future of Destiny with the team, and figuring out how to tackle the challenges of a new year. Cheers to all who’ve walked this path with us since 2014. It’s always crazy to think how far we’ve come, and we still have so far yet to go.

See you in the wild.