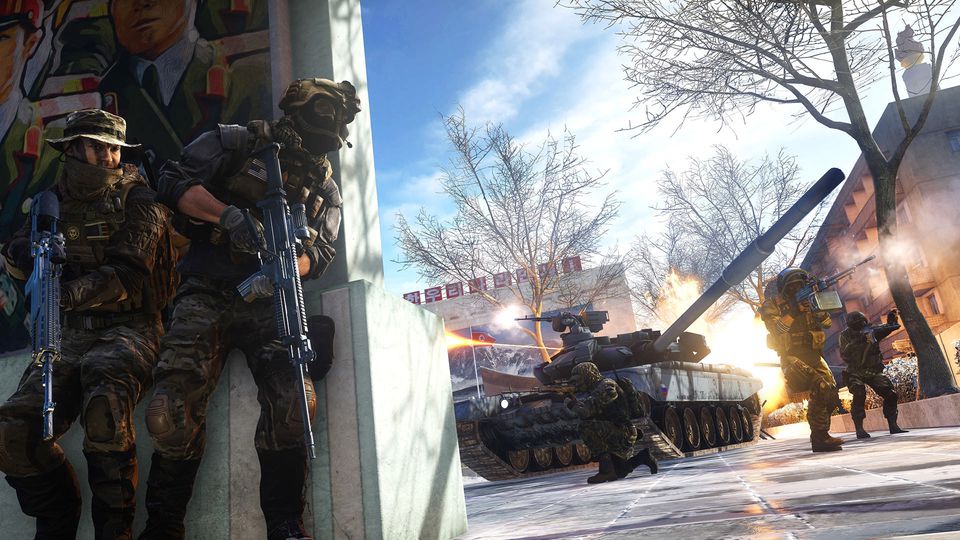 DICE isn't done with Battlefield 4. After the somewhat conclusive-sounding Final Stand, the fifth add-on for 2013's Battlefield 4, the developer says it has more content coming for the first-person shooter and it wants players to weigh in on what they'd like to see in future DLC.

"With Battlefield 4 Final Stand released, we hope and believe that you will enjoy it together with the rest of the game for a long time," the developer says in a Battlelog update. "However, there is one thing we want to assure you: there is more content coming for Battlefield 4."

The developer doesn't provide any concrete detail on what its upcoming content plans are or when new Battlefield DLC is coming, but adds, "rest assured that we'll get back to you on the future of Battlefield 4 when the time is right."

Keeping the Battlefield 4 content flowing makes a lot of sense for Electronic Arts and DICE, as the next major entry in the franchise won't hit until 2016. EA and developer Visceral Games have a cops and robbers-themed spin-off, Battlefield Hardline, scheduled for release early next year.

DICE is currently working on Star Wars Battlefront, which is expected to hit during the holiday 2015 quarter, right around the time Star Wars: The Force Awakens, the seventh episode of the Star Wars movie saga, hits theaters.
SOURCE Battlelog