​
Well isnt this a change of pace. Thank @Bogo for this ,and i mean that in the good way. Switching over can be a pain and a lot of work as alot of things differ. I wasnt sure if there was going to be one this week ,but im glad to be wrong on that. Send the guy some love ,just some appreciation on here or discord.


Thank you for reading and have a nice day!
- SunKenRock

What the Forum?​
You might be asking... What happened to the forums, my rank, my coins, awards. They will be coming back! Don't worry! We've successfully been able to upgrade to another platform -- a modern platform -- Xenforo. We've ditched the vbulletin (it's still there) and moved to a new age. Let us know what you think so far and things you would like to see added. -Bogo-

Though it is being done over time, a lot of things have been fixed with more incoming during the coming weeks. If you want to see what is being worked on still , or what he has been able to complete look at the thread here. Click to arrive

Thank you for your patience and keep supporting fever !

Just a little info that ive been meaning to put in the weekly ,but it had just missed the cut last week.
The horde wow guild got their first mythic dungeon done. And the first place prizes were passed out to Decimous, Shamspazm, Verrin, Whiteylegs, and DarkPraetor. the prizes were 2000g and a BFA epic gem of the individual's choice. (The hosts gold was donated to the gbank since he was the one holding the competition and paid out the prizes)

If your game nights do not appear on this calendar over the next few days, please let Linessah, MrCruz, Demonya, or Aussietye know. They will get them squared away. All can be found on discord as well.

Aussietye will be holding an Extra Life Fever event this year on game day November 3rd. Anyone who joins Fever's team to help raise money for your local CMN hospital will receive 500 fever coins. Here is the link to join up: Click Here

He is looking for additional help for the event, so contact him on the forums and/or discord.

Have you heard? Fever clan is now BOTTING! WHAT?!

We have two new shiny rhythm bots available on discord, so let's make good use of them. I will start hosting a Chill and Play event on Sundays 8pm EST
​
This is a relaxed event so we'll figure out any "rules" as we go. For now, one song per person until everyone present has picked one then repeat.Would love to get several people hosting periodically, so if you are interested in being a jukebox host let me know. We can all take turns hosting every week. That way we can get more representation from different gaming sections and get to know more people.

Would love to hear what you think, so please post your feedback in this Thread

The sign-ups for FSL September 2018 are now open!

If you'd like to participate, please post your battle tag below.
As with the last couple months' sign-ups, please post your league as well (of the race you intend to play). If there are enough sign ups, I will split the BSG and GPD players into their own tournaments!

Just to add onto the tournament rules bit: If anyone is found to be giving a false league when signing up you may be banned from participating in future editions of the FSL. (In the case of league changes, i.e promotions, etc, etc, just throw me a PM or post in the thread letting me know of any changes)

If you need help or have questions ask one of the tournament admins,

Clan Jobs:In and out of gaming​

This link will take you to everything Fever and provides a table of contents to direct you to what you may seek. If you do not see anything for game that you are looking for (or might be interested in starting a group in) contact

Last week's winners were DrSmitherine and McGrover- please congratulate them

This week's nominees are: Pending Calling all World of Tanks players

Gato Roboto Reveal​
Sick of low-fi, indie Metroidvanias? Don't worry, because Gato Roboto is not one. No sir-ee. It's a 'Cat Mechtroidvania', which is clearly something completely different. Yup.

In all seriousness, it looks very fun. It has cats, a robot mech, black-and-white visuals, and a womp-womp bassline. It's from new studio Doinksoft, and it'll be out at some point next year.

From the trailer, it looks to be split into two parts. In some sections, you'll play as the cat, jumping off walls and avoiding danger Super Meat Boy-style. In others, your cat will jump into a giant robot mech and blast frogs, drones and bees with a huge rocket gun.

You'll also battle bosses, and collects power ups for mech: one fires an extra powerful blast that will leapfrog you across the screen, bypassing obstacles.

It's early days of course, but it looks suitably frantic. I love the sounds, and not just the constant bass—there's plenty of mechanical clicks and whirs from both you and your enemies. What do you think?]

Developer DICE issued a statement on publisher EA’s website today explaining the team’s reasoning behind the delay. The team wants to focus on making “some final adjustments to the core gameplay,” adding that “we’re going to take our time to make sure we get it right.”

“You have told us that you are seeing an increased focus on squad play come through, you are also feeling the difference in our revamped player movement and we are getting a lot of positive feedback for our improved weapons handling,” Oskar Gabrielson, general manager of DICE, said in a statement. “You’ve also spurred us to make some meaningful improvements to the core gameplay experience, including adjusting the gameplay tempo, improving soldier visibility and reducing player friction. You’ll see a lot of these reflected in our Open Beta that starts on Sept. 6.”

The statement also notes that the team wants to ensure its Tides of War live service, which DICE describes as “a journey across multiple theaters of WW2 and designed to keep our community together” in the new statement, is up to par when Battlefield 5 launches.

“That’s why we’re moving our launch date,” Gabrielson said. “We’re going to take the time to continue to make some final adjustments to core gameplay, and to ensure we really deliver on the potential of Tides of War. We know moving the launch date means that we all have to wait a little longer. But we’re going to take our time to make sure we get it right.”

Battlefield 5 was originally set to launch on Oct. 19 for PlayStation 4, Xbox One and Windows PC. October was an already crowded month, with Call of Duty: Black Ops 4 hitting on Oct. 12 and Red Dead Redemption 2 hitting on Oct. 26.


CS:GO gets a free, offline-only edition​
If you haven't yet played Valve's multiplayer shooter Counter-Strike: Global Offensive then you can now jump in for free—but you'll only be able to fight against bots and spectate games on GOTV.

CS:GO Free Edition came to Steam this week, and it'll be a good starting point for anybody that hasn't already jumped in, giving you a flavour of the mechanics—and a chance to learn the maps—without the pain of getting annihilated in online matches. I'm sure most players that have ever been curious about it will have picked it up for cheap in a sale, but hey, if you haven't, now's your chance for a free taste.

It's still worth playing, too: it came in at number 20 our top 100 PC games list. It's perhaps the purest shooter on PC, with no classes or special abilities and an emphasis on map knowledge and mechanical skill. It's still getting regular updates, too, and recently brought back the MP5 submachine gun.


Next Fortnite update​
Epic Games has surprised everyone with an out of the blue Battle Royale developer update on this late Friday afternoon and players have been given some details on the upcoming changes coming to the game with the new 5.40 update.This is likely dropping next Tuesday as per the usual times for Fortnite game updates.

Fortnite's design lead Eric Williamson revealed the news in a new developer video posted to the official Twitter account.The headline change announced will likely be felt increasingly in the closing stages of games and bring about a quite important and dramatic change.From 5.40 onwards the storms will begin to destroy structures built by players.
Speaking about the changes , the design lead said it will impact “less than 10 percent” of Fortnite Battle Royale matches.Equally, Williamson reassured fans that Epic believes the change will “provide a little more dynamic gameplay.”

Understandably this means that the massive structures seen at the end of some games, sometimes more so in esports and tournament matches, will probably be a thing of the past.Williamson followed up this news with the announcement that the game will be putting the Revolver into the vault from 5.40 onwards.
That said the design lead was keen to point out that this isn't permanent and that items do return, such as the guided missile which was vaulted only to return a number of weeks later.All in all, the Epic designer was keen to stress that changes were constantly being made to keep the loot pool 'fresh'.
There's also a "mobility item” being added in the 5.40 update, but any further details have been held back for the time being.

For starters, Remote explosives will rarity will be changing from 'rare' to 'epic' making it more limited. This was being made apparently because of how effective the item is.
The rest of the item changes were more concerned with "stack sizes".So from 5.40 onwards Boogie bombs will come in pairs of two and shields will now stack up to 3 rather than the current stack size of 2. 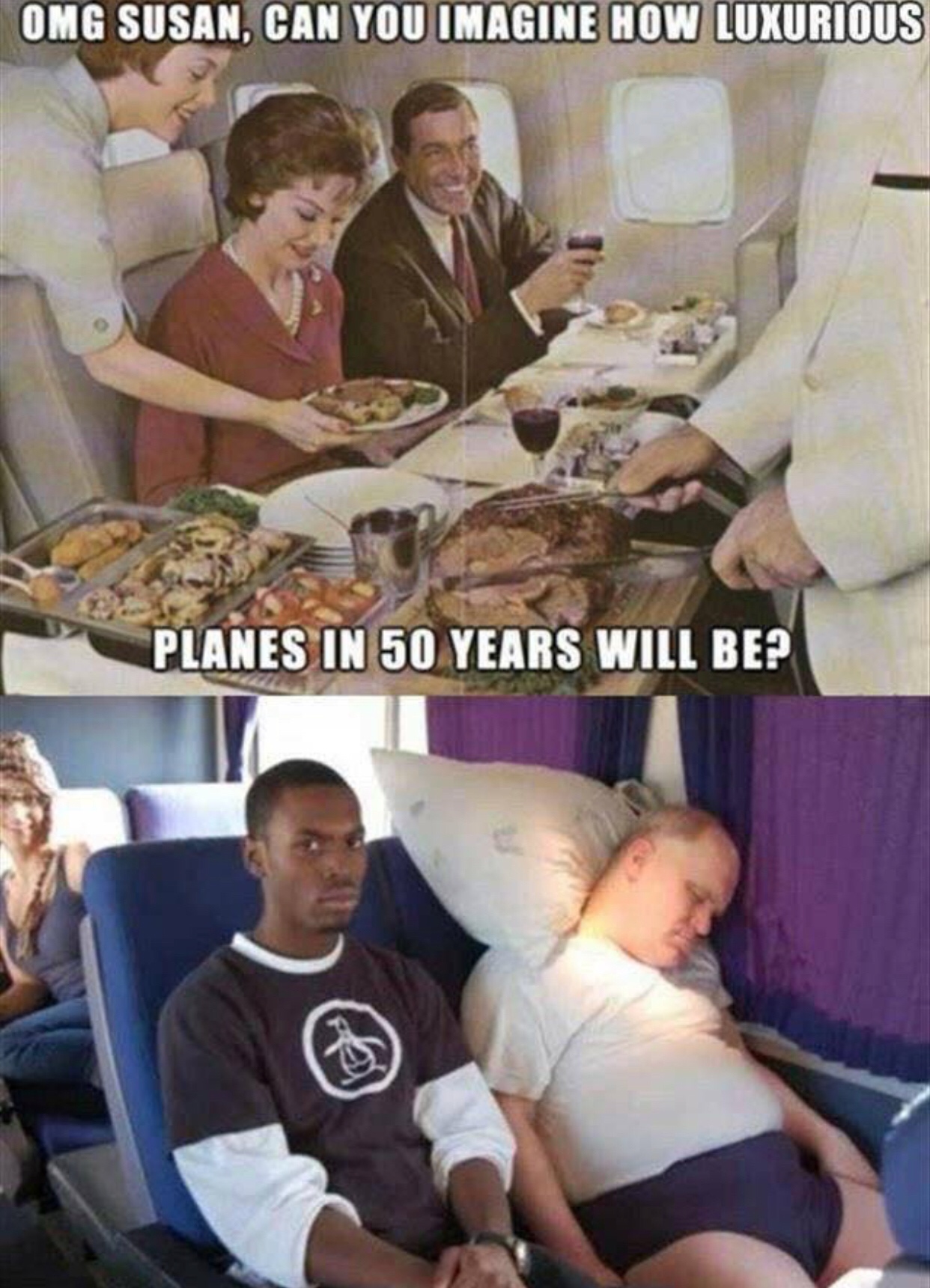 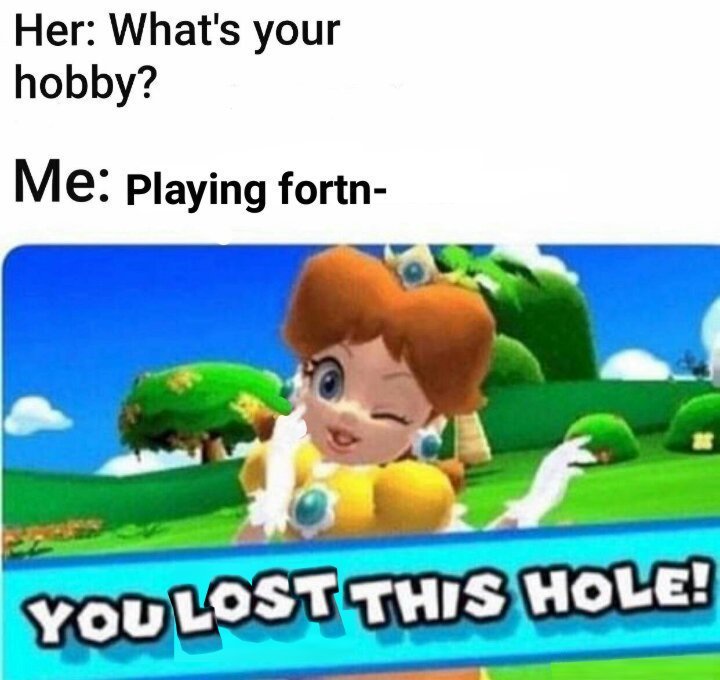 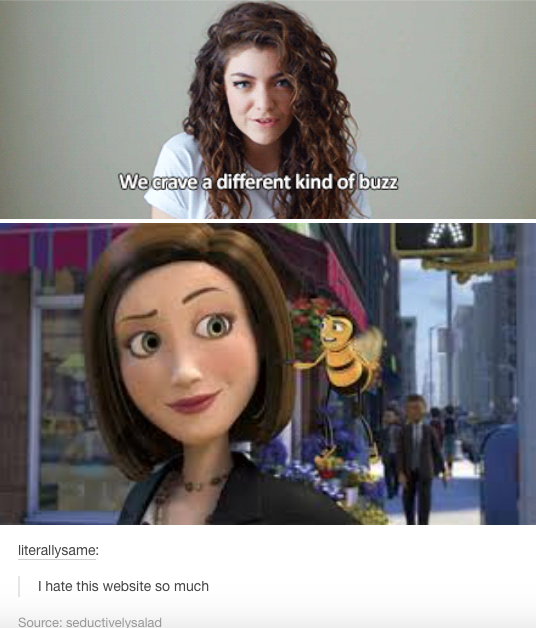 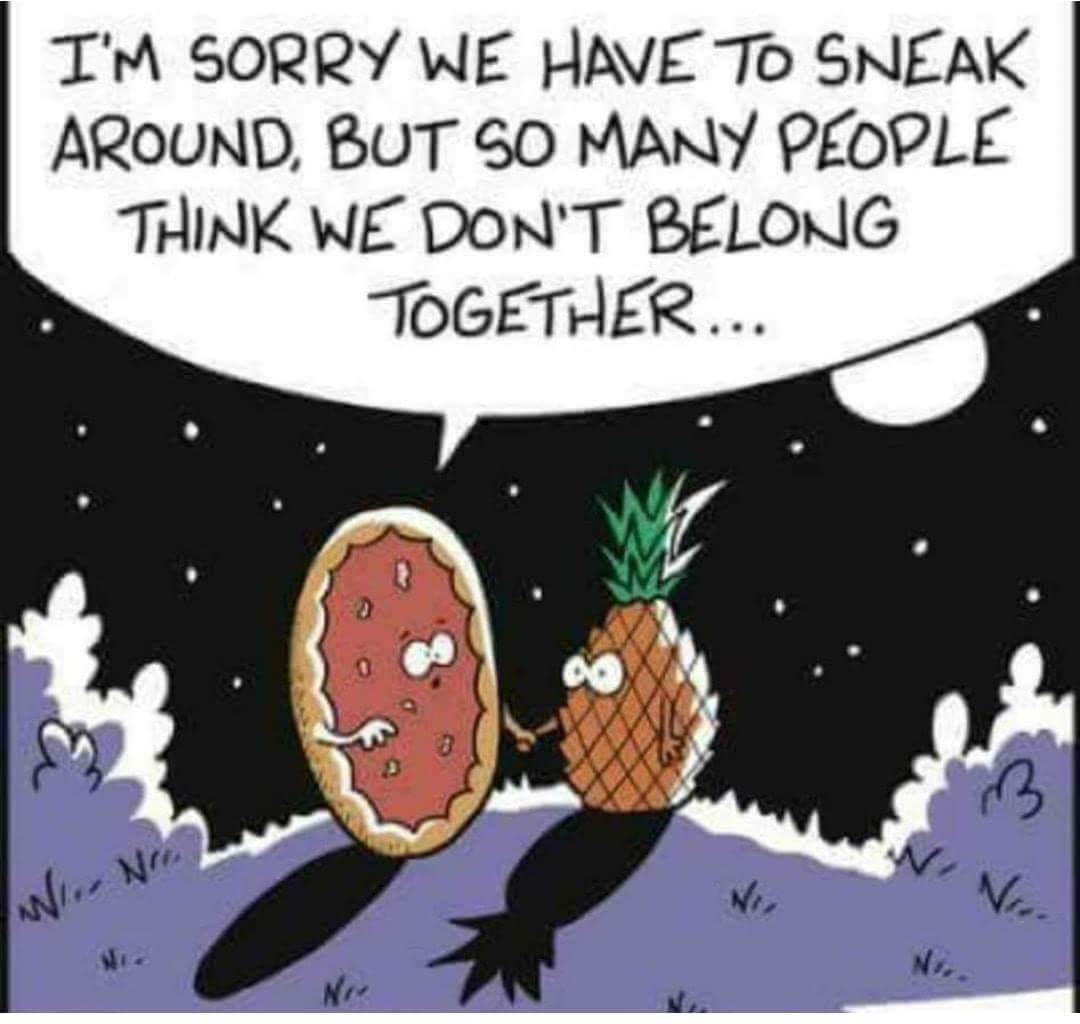 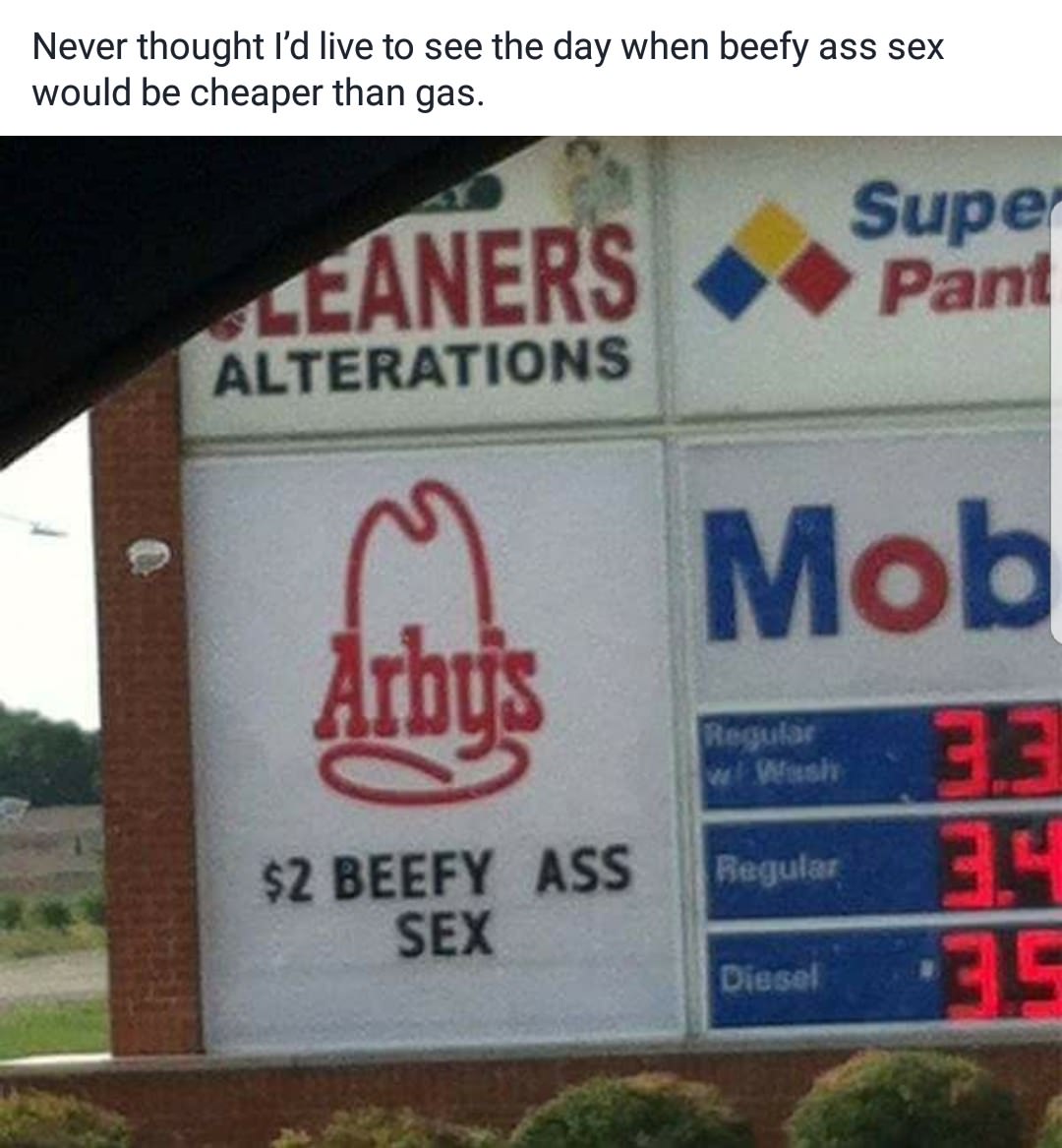 Thank you for reading and have a nice week!
- The Fever Weekly Team
​
Reactions: 5 users
Click to expand...

Great issue! Thanks to the weekly team for your hard work, and posting on time despite the recent changes. I'm really looking forward to Cyberpunk 2077, and the pineapple and pizza were really cute hehe
Reactions: 1 user

Cyberpunk looks so good, im gonna lose alot of my life when that game comes out
Reactions: 1 user

Great to know about the upcoming Fortnite changes! Thanks to those who worked on this issue.
Reactions: 1 user

You put some work into this. It's pretty good, thanks for the updates. I especially liked the gaming beats
Reactions: 1 user

Thanks
Reactions: 1 user
Show hidden low quality content
You must log in or register to reply here.
Similar threads