Its summer and i have a cold. None of that makes sense.So for the majority of the coming week ill probably stick to just sleep , eat and work. Course i will be watching like i always do . I may not appear on discord ,but i do check time to time.

Also there is a new voice channel on discord for Guild wars 2 . If you are thinking of starting or getting back into it , contact DarkMantra.

Thank you for reading and have a nice day!
- SunKenRock​

The usual site for CAH has been shut down, however, we have found another solution that will still allow the creation of custom decks, so the link below will bring you to the place to add your own ideas for black and white cards (to be reviewed once enough submissions are gathered). The new site does require the creation of an "account" but in exchange for this inconvenience, it's a much better experience (including the ability to kick inactive people! How often have we wanted to do that?).

Got Fever Coins? Looking to add your game collection? Kracker3599 is still taking bids for a copy of Nuclear Dawn on Steam! Be sure to bid in the auction thread before someone snatches it up!

If your game nights do not appear on this calendar over the next few days, please let Linessah, MrCruz, Demonya, or Aussietye know. They will get them squared away. All can be found on discord as well.

Clan Jobs: In and out of gaming​
​

This link will take you to everything Fever and provides a table of contents to direct you to what you may seek. If you do not see anything for a game that you are looking for (or might be interested in starting a group in) contact

Heroes of the storm:Lastest Patch


The London Spitfire are your Overwatch League season one champions, winning the inaugural trophy and a $1,000,000 prize. The roster of Korean players, lead by DPS superstars Ji-hyeok "Birdring" Kim and Jun-young "Profit" Park won 3-0 in a dominating fashion over the Philadelphia Fusion in day two of the OWL Grand Finals, winning the overall series 2-0.

London won the first match of the series 3-1, thanks to some clutch ultimates and some absurd plays by Profit. Philly had a long road ahead of them if they were to fight back into the series, but London quickly struck their hopes down with a lights-out performance all day long.

"We had to go through a lot of stuff to get where we are, both mentally, emotionally, and gameplay-wise," said Spitfire coach Cheol-yong "Agape" Hong in a post-match press conference. "Once I realized we won, all of those times went through my head, so I became somewhat emotional."

"Today we came with a different mentality," Philadelphia Fusion support player Neptuno said after the game. "We played really happy, and played our best. We took a while to adapt, but we tried our best and our attitude was really good."

London, on the other hand, had some savage words for their vanquished opponents:

"I didn't think it would be this easy," said Spitfire support Seung-tae "Bdosin" Choi. "Next year I hope we play a stronger team."​
Link:pcgamer


EA is launching Origin Access Premier, its new unlimited PC gaming subscription service, next week. The service will go live on Monday July 30th, CFO Blake Jorgensen said during the company’s quarterly earnings call (via Variety), and will cost $14.99 a month or $99.99 a year.

EA already has a $29.99-a-year PC downloads service called Origin Access, as well as the similar EA Access plan for Xbox One, but subscribers to those have to wait several months for new titles to come to the “vault” of available EA games. (FIFA 18, for example, still hasn’t been added.) Origin Access Premier, on the other hand, will let subscribers download every new EA title five days before its official release date, as well as all the titles from the back catalog.

The $14.99 monthly fee could also be a good way to test games that you’re unsure you’d want to play for more than a few weeks. If all you want out of Battlefield V is to blast through its presumably short single-player campaign, for example, or if you don’t think you’ll be playing Anthem long-term, you could sign up to Origin Access Premier for a month and save $45 while checking out everything else on the service. Origin Access also recently started to add titles from publishers other than EA, such as Warner Bros’ Batman Arkham series.

EA remains the only major third-party publisher to offer a subscription like this, though Microsoft is doing essentially the same thing with its Xbox Game Pass, which now includes day-one access to every new Microsoft first-party title. The new business model could either attract extra revenue from customers that would normally spend less than the subscription fee on the company’s games in a given year, or expand DLC and microtransaction revenue by increasing the player base of each title.​
Link:theverge


Fortnite's guided missile was a lot of fun, but it was also a little too powerful, and so in spite of all the surfin' safari parties, Epic pulled the plug in mid-April in order to give it a redesign. In today's developer update video, senior designer Andrew Bains revealed that the work is done and the rocket is returning, with some big changes under the hood.

"When the guided missile first made its way to battle royale, we loved all the fun and crazy moments it provided. But after its release we shared the same concerns as the Fortnite community at large," Bains says in the video. "It's hard to compete against a near-endless barrage of highly effective explosives."

To address those concerns, Epic has nerfed the missile into something Bains described as more akin to a "scouting tool" than a middle-finger of death. Movement speed, turning radius, damage, and damage radius have all been reduced, and the default ammo cap is 12. The mouse and keyboard controls have also been improved, "to bring them more in line with the controller experience."

The eye-in-the-sky benefits are still intact, in other words, and I would assume that you can still ride the rocket (I can't imagine Epic would want to cut that), but they'll be easier to dodge and less likely to blow you to pieces in a near-miss. Sounds pretty reasonable to me.​
Link:pcgamer


Bungie has confirmed Destiny 2 weapons will soon do more damage in competitive multiplayer, effectively lowering the "time to kill" in The Crucible.

The confirmation came after expert Destiny 2 player and streamer tripleWRECK noticed an increased amount of damage in gameplay footage of the upcoming Breakthrough mode.

In a post on the Destiny subreddit, tripleWRECK pointed out auto rifles used in the gameplay footage were doing more damage per crit than they currently do in the game - an increase of 24 per cent.

Destiny 2 PvP will soon feel a lot more lethal.
"This brings the 600rpm archetype to the same shots-per kill as its D1 counterpart; lowering its optimal TTK from 1.10s to 0.90s," tripleWRECK said.

Bungie then confirmed this in its Weekly Update. The developer said it had globally adjusted the time to kill in the Crucible, and mentioned it would go into more detail in an upcoming stream.

This has certainly gone down well with Destiny 2 PvP enthusiasts, who have long-called for a quicker time to kill in Destiny 2's Crucible after the game launched with a more strategic focus for PvP.

"If Bungie can nail a quicker TTK, implement a healthy ammo economy that keeps players on an even playing field, and lower ability cooldowns then I believe D2 Crucible has a very bright future,"​
Link:eurogamer 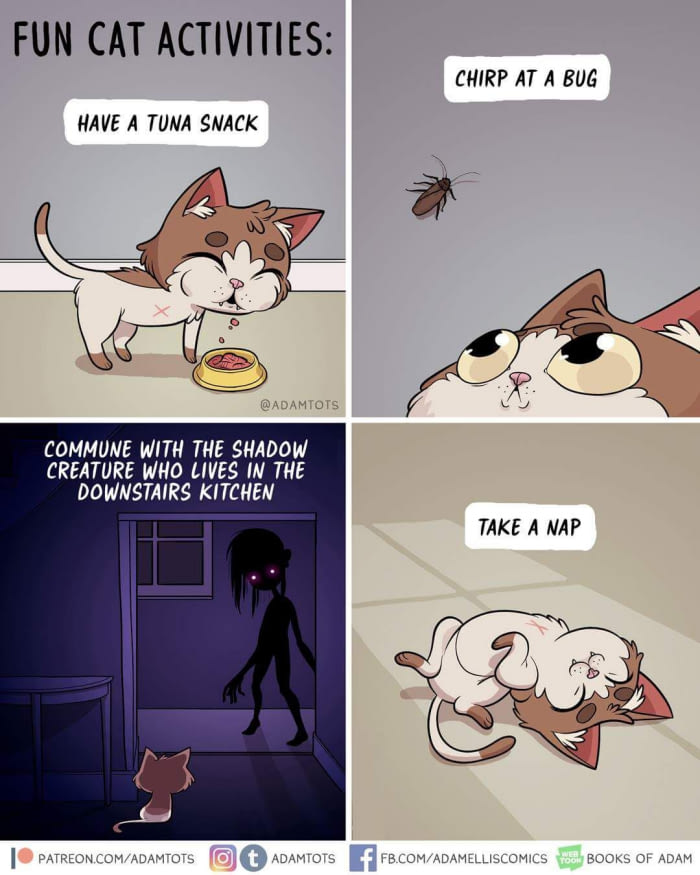 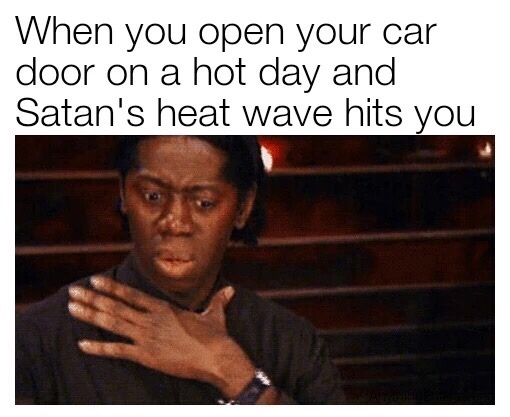 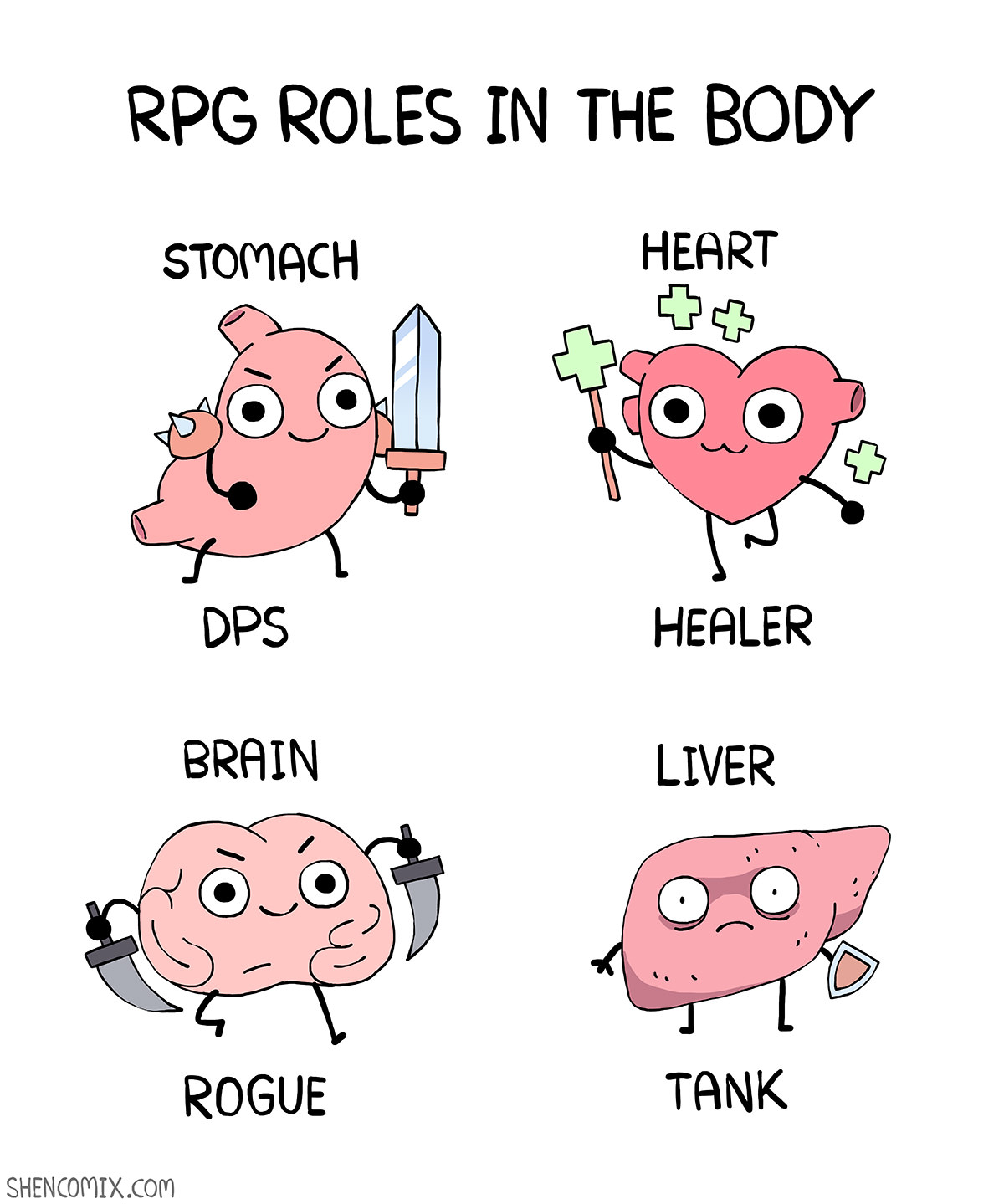 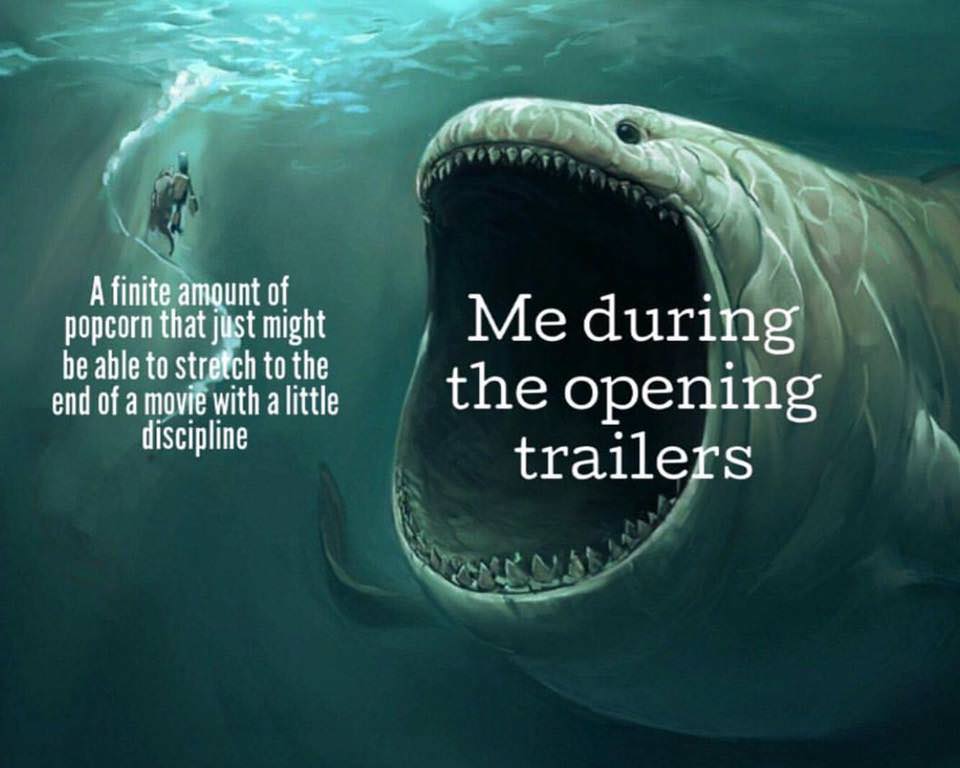 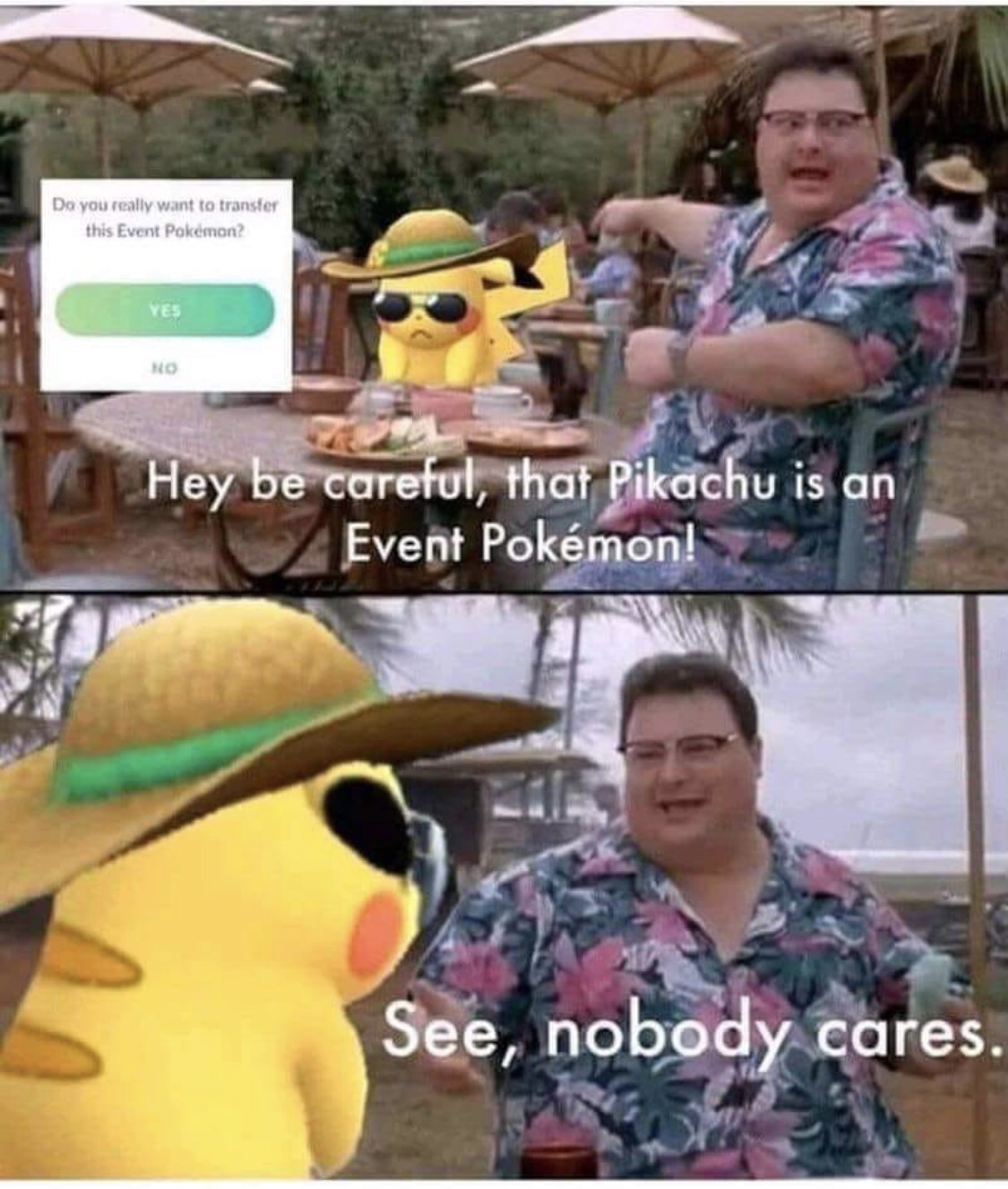 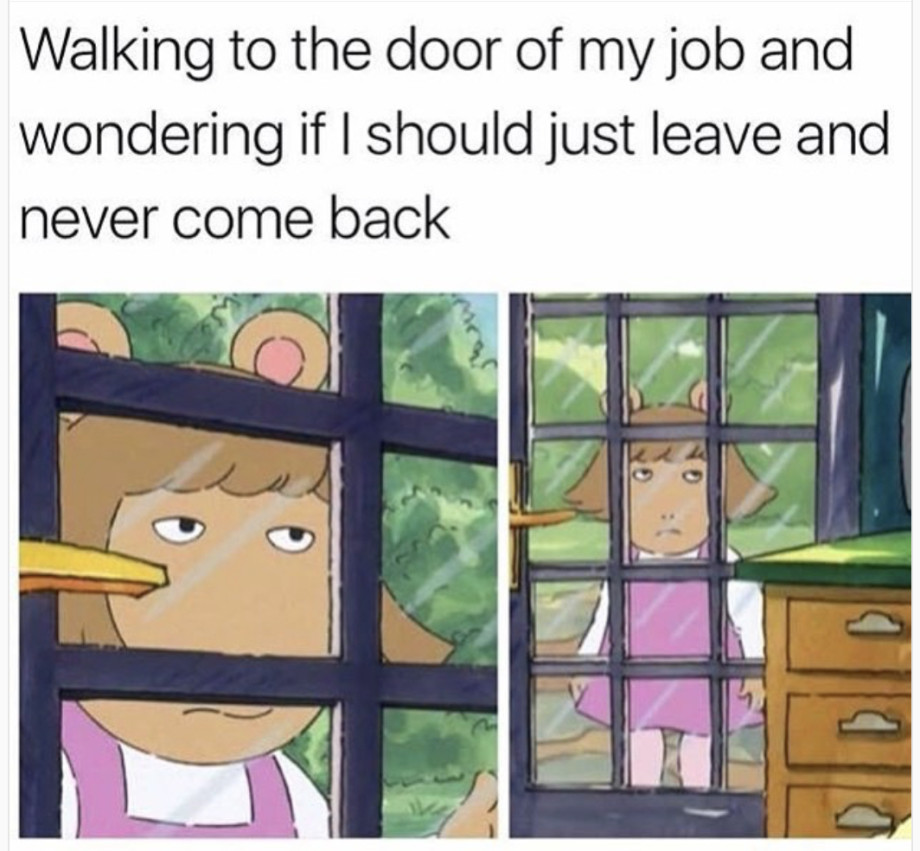 thanks as always
A

I Love Bdosin Eggin' on the other team then shitting on Fusion saying they were weak!!! AMAZING

I'm such an idiot. I missed the OWL grand finals ! Thanks for the issue though.

Quality issue - thanks!
Show hidden low quality content
You must log in or register to reply here.
Similar threads