Wherever I may roam

So ,what am i going to put here. Maybe remember to put a leash on kimenu to make sure he doesnt go crazy with the PoWs and making long list from which i just shake my head at. Other than my excite my tattoo looks great healed,id say its been a better weekend than previous. Humidity can really damper any mood ,and make you sweaty when minimal activity.Also i made medic stay up and do this member spotlight , so you better read it.

Enough about me though , so enjoy this weekly coming to you live and not being sent twice by a certain leader.

Stay safe out there soldiers.

No major announcements at this time , though there will always be the continuing game nights. Find any ,if not all active game nights/events on calendar and Discord within the top text chat.

Mention anything in there as well, and or message SunKenRock for future events.

If your game nights do not appear on this calendar over the next few days, please let Linessah, MrCruz , Demonya , or Aussietye know. They will get them squared away.All can be found on discord as well.

This link will take you to everything Fever and provides a table of contents to direct you to what you may seek.If you do not see anything for game that you are looking for ,(Or might be interested in starting a group in) contact

Last week's winner was Gizmo256 - please congratulate the old man ,but be loud so he can hear you!

SunKenRock: How were you able find out about Fever?
Medic739:I found Fever while talking to TheBossguy

SunKenRock:How were you in the first few months of being a member.?
Medic739:I was initially leery, stand offish at first of other members.Once I got to know most ,it turned out to be a great experience.More times than not ,most were pretty laid back and the atmosphere can be quite comical.

SunKenRock:What's the origin of your gaming name? Was Medic an inspiration or just a name that was randomized?
Medic739:Not random at all, I've been a ParaMedic since '94 but could never chose the name Medic as it was ALWAYS taken, so I just put my badge number at he end of it and Medic739 was born "you lucky bitches"

SunKenRock:Who or what got you into gaming? Did you play the early Nintendo consoles?
Medic739:hmm that is tough, I got into gaming when my dad bought me a Atari 2600 from Sears(lol),and spent an entire snow day rolling over asteroids .

Eventually i graduated to TRS-80, Atari Adam, Commodore-64, Amiga, and Nintendo. All were great systems in their own right . Eventually I got a PC to play Doom and then started playing BBS games, then Dial up TCP/IP games. I still remember connection via 300 baud modem.Initially the star of my mass online gaming was via C&C and Asheron's call

SunKenRock:Do you have an all-time favorite game? Adding on , are you Pc all the way or do you dabble in console?
Medic739:My favorite game of all time...that's a hard question (lol). I'm pretty spread out when it comes to my game genres these days . If I had to pick I would probably have to say for PC Diablo 2 LOD and consoles N64 Zelda Link to the past.

SunKenRock:What games do you activity play these days. More single or multiplayer? Anything you looking forward to ?
Medic739:Now I'm playing

SunKenRock:What kind of things do you enjoy outside of gaming.
Medic739:Working on the house , yard, grilling out, hanging out with friends & family, taking the boat to the lake, going to the beach,and some other not so PG stuff. If you know what i mean (Surprise Butt Sex)

SunKenRock: What would is best about where you live , any famous places to get food?
Medic739:Best - That I still live close to my family but in all actuality I'm looking at moving soon .
Worst would have to be the weather.

Famous places for food.Well we do have a pretty famous place here the does Midnight Sushi on the weekend's and it is awesome. Highly Recommended

SunKenRock: If you didnt live there , would you prefer anywhere else in the US ? Or maybe the world.
Medic739:I would have to pick outside the US . More like Germany or the Ukraine.

SunKenRock:Is there any goals you seek to achieve in the near future, maybe something you hope to accomplish in a year or two?
Medic739:The same thing we do every night, Target. Try to take over the Bogo and take over Fever muhaha . As far as goals and such,I would probably like to go back to school at some point and become a Nurse Anesthetist or run for President

SunKenRock: In all your years, is there any piece of advice youd give to the younger gamers out there.
Medic739:Yeah, don't take advice from someone behind a keyboard that you hardly know.Always eat your veggies, take care of your kids, No means No, stay away from internet challenges and always respect your elders.(Watch out for funny smelling rags from strangers)​

Path of Exile:Looking for HC players

A recent Graphics member and new officer who i wanted to show some of his drawings off. He does other graphics and has helped re do twitters own header and profile picture.
(In Spoiler due to Size) 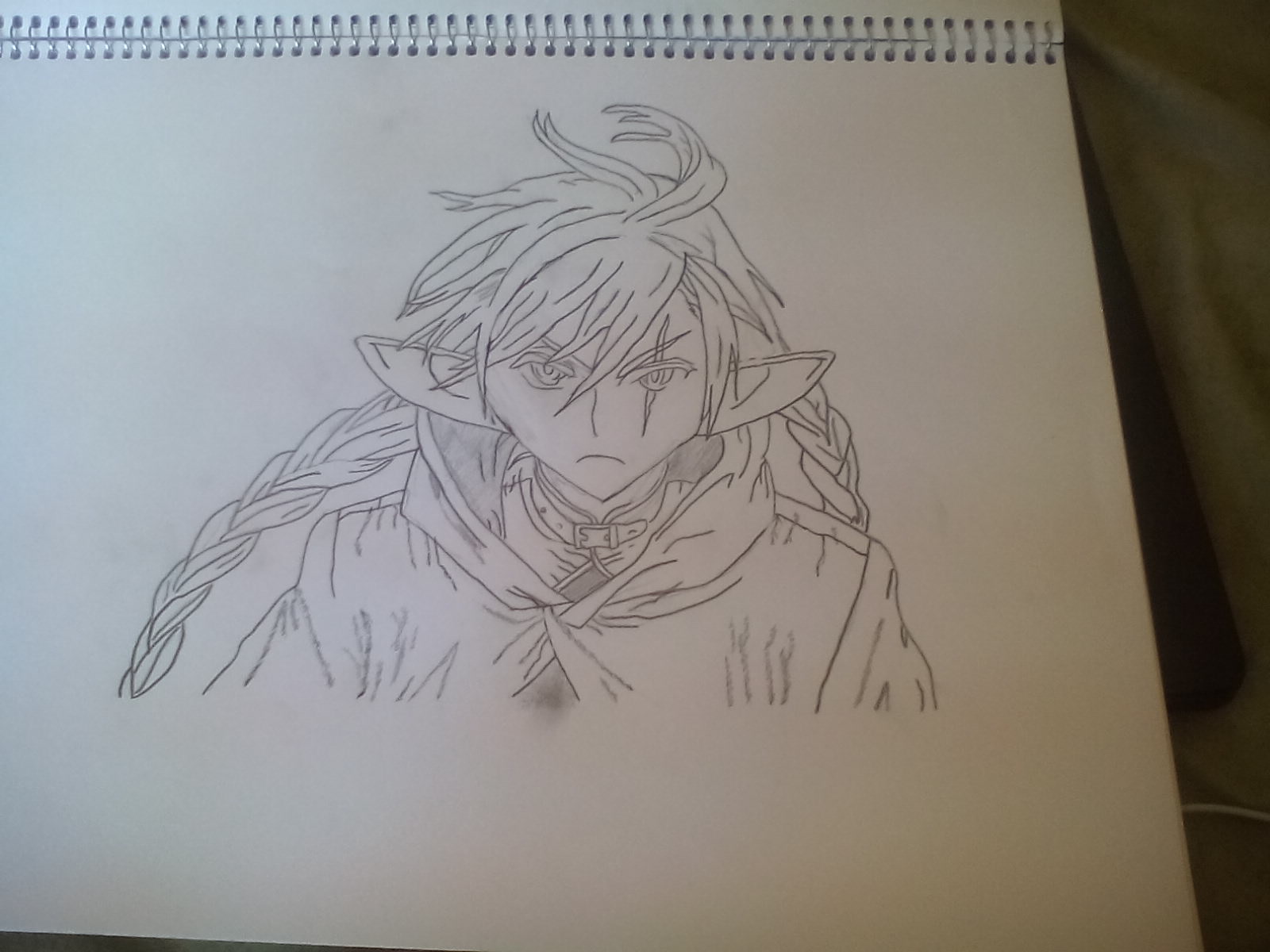 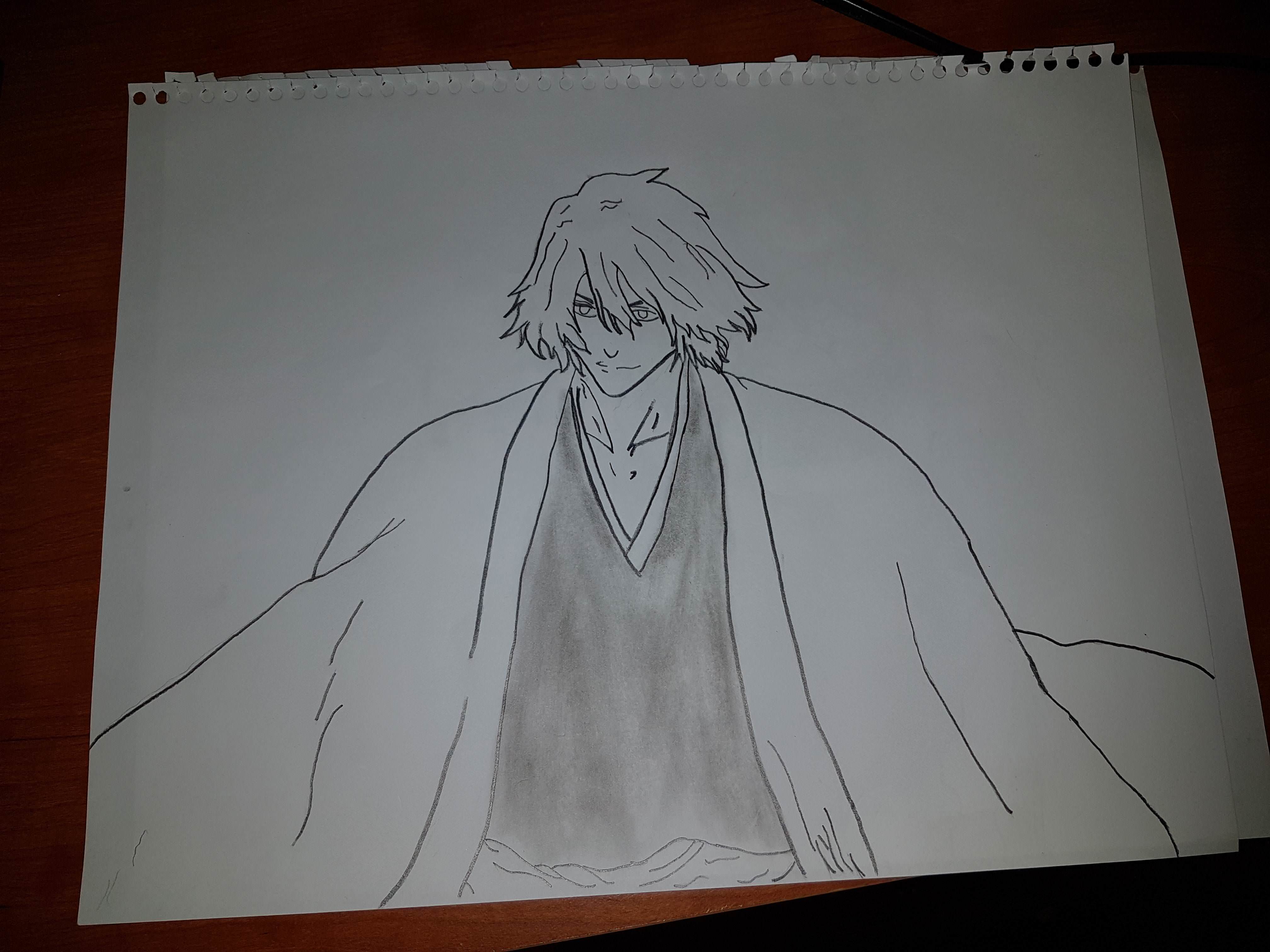 Tfue and Cloak defeated Vikram "Vikkstar123" Barn and Erikas "ErycTriceps" Vaitkevicius in the grand finals of the $20,000 NerdOut Anything Goes Tournament on Sunday night, winning by 10 kills. The tournament was filled with some of the world's most popular streamers, but they were no match for the pro players.

In spite of what we were initially led to believe regarding Darksiders III being delayed to 2019, it appears that we’ll be getting the game much sooner than that.

Now keep in mind that THQ Nordic has not officially announced the release date as of yet, so temper your expectations. However, according to TrueAchievements (who spotted the listing on the Microsoft Store, the game will be coming out November 27th, and in three different editions! The first is the Standard Edition, which will have the base game, and for those that pre-order, you receive a bonus Armor Skin. The next is the Deluxe Edition, which includes a copy of the game, two paid DLC that will release post-launch, and as for pre-order bonuses, you get the Armor Skin, as well as 24-hour Early Access to the game, and a 10% discount for pre-ordering. Last is the big one: The Blades & Whip Edition. It includes all of the previously-mentioned content, as well as copies of Darksiders: Warmastered Edition and Darksiders II: Deathinitive Edition, both of which will unlock on November 26th.

Again, this hasn’t been confirmed by THQ Nordic, nor has any pricing information been released. In Darksiders III, players return to a post-apocalyptic Earth. The game is a hack-and-slash adventure where you assume the role of “Fury”, the most unpredictable and enigmatic of the “Four Horsemen of the Apocalypse”, in her quest to hunt down and dispose of the “Seven Deadly Sins”.

Canadian developer and publisher Digital Extremes has revealed that Warframe is in development for Nintendo Switch thanks to a partnership with Panic Button. The news comes from this year's TennoCon - the third annual convention for the game.

Warframe is a third-person, free-to-play online action game set in an evolving sci-fi world, giving players the chance to master the Warframe armour as the enigmatic Tenno, a race of ancient warriors who are awakened from centuries of cryo-sleep by the mysterious guide, Lotus. The game features more than 35 unique Warframes, hundreds of weapons, and thousands of customisation options, as well as upgrades, a flexible mod system, and the ability to join clans, nurture pets, and explore massive new open worlds.

The game was originally released on PC back in 2013, arriving on PS4 and Xbox One shortly after, and has seen regular updates and tweaks since then to keep things fresh. Being the ambitious title that it is, it comes as little surprise that Digital Extremes wanted to get Panic Button on board with the Switch version - Panic Button's recent ports of DOOM, Wolfenstein II: The New Colossus and Rocket League have all impressed so we're feeling hopeful for another success story here.

Of course, Panic Button recently teased that a major Switch port would be announced this month, and it seems like we now have our answer as to what that game is. No release window has been confirmed for the title just yet, but here are a few screenshots of the game to tide you over.

Warframe is getting co-op spaceship combat

At Tennocon 2018, Digital Extreme's annual Warframe convention, the developer had a huge surprise in store for fans—one that promises a radical change to what Warframe, as a videogame, actually is. A live presentation showcasing the new open world zone of Venus ended with a major twist that I'm still trying to wrap my head around. During the demo, villain Nef Anyo bombarded the player repeatedly from space, but just when everyone thought the preview was over, Digital Extremes showed how players will get their revenge.

A ship descends that the group of four boards and then pilots seamlessly into orbit where they engage Nef Anyo's capital ship directly. Called Codename: Railjack, it's an entirely new game mode where players explore and fight in space from the comfort of their own battlecruiser. It's basically Warframe's take on beloved indie game FTL. Each member of a group will man a station on the ship, like piloting or manning turrets, while simultaneously fighting off enemy fighters, capital ships, and even direct invasions inside the ship. Similar to FTL, players can also divert energy to different systems like powering up thrusters to increase speed and maneuverability. There was even a moment when a hull breach depleted life support systems that had to be repaired.

One of the big surprises from E3 2018 was a Monster Hunter: World x Final Fantasy XIV crossover that’ll bring Behemoth to the hunt, and it’s been announced that the free update will arrive in August.

Monster Hunter executive producer Ryozo Tsujimoto made an appearance in the 100th episode of MonHun Radio, where he announced that the game’s fourth additional monster, Behemoth, will arrive in an August update.

The Behemoth fight, that was made in part of a Final Fantasy XIV collaboration, will first be playable at the “Hunting Thanksgiving 2018” event set place at the Makuhari Messe on July 15, 2018. On the other side of the crossover, Final Fantasy XIV will get a Rathalos fight sometime in the near future. 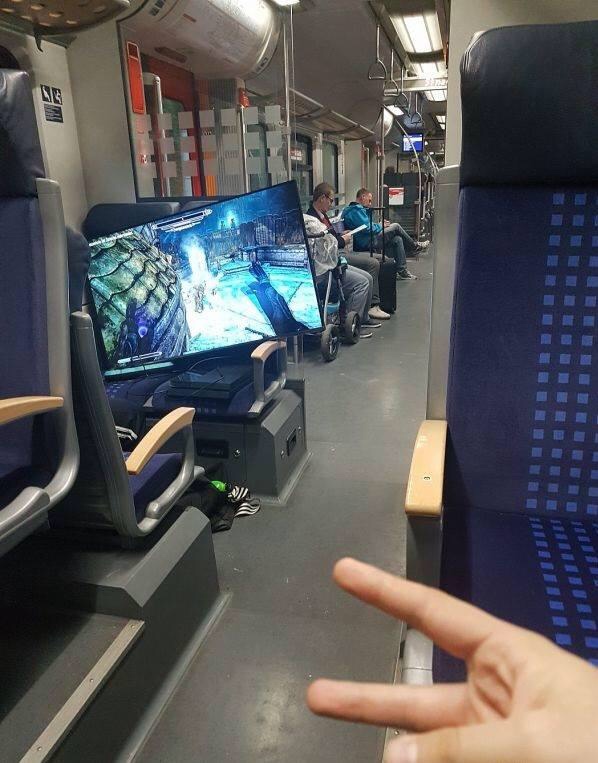 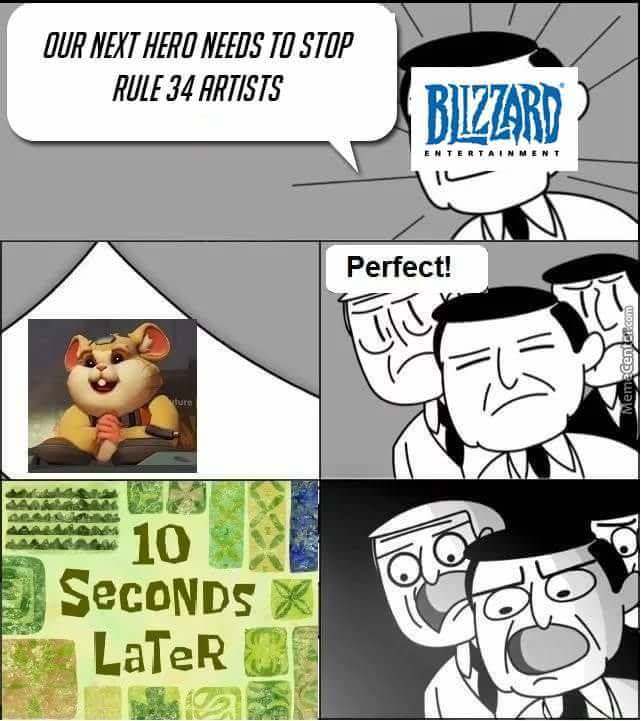 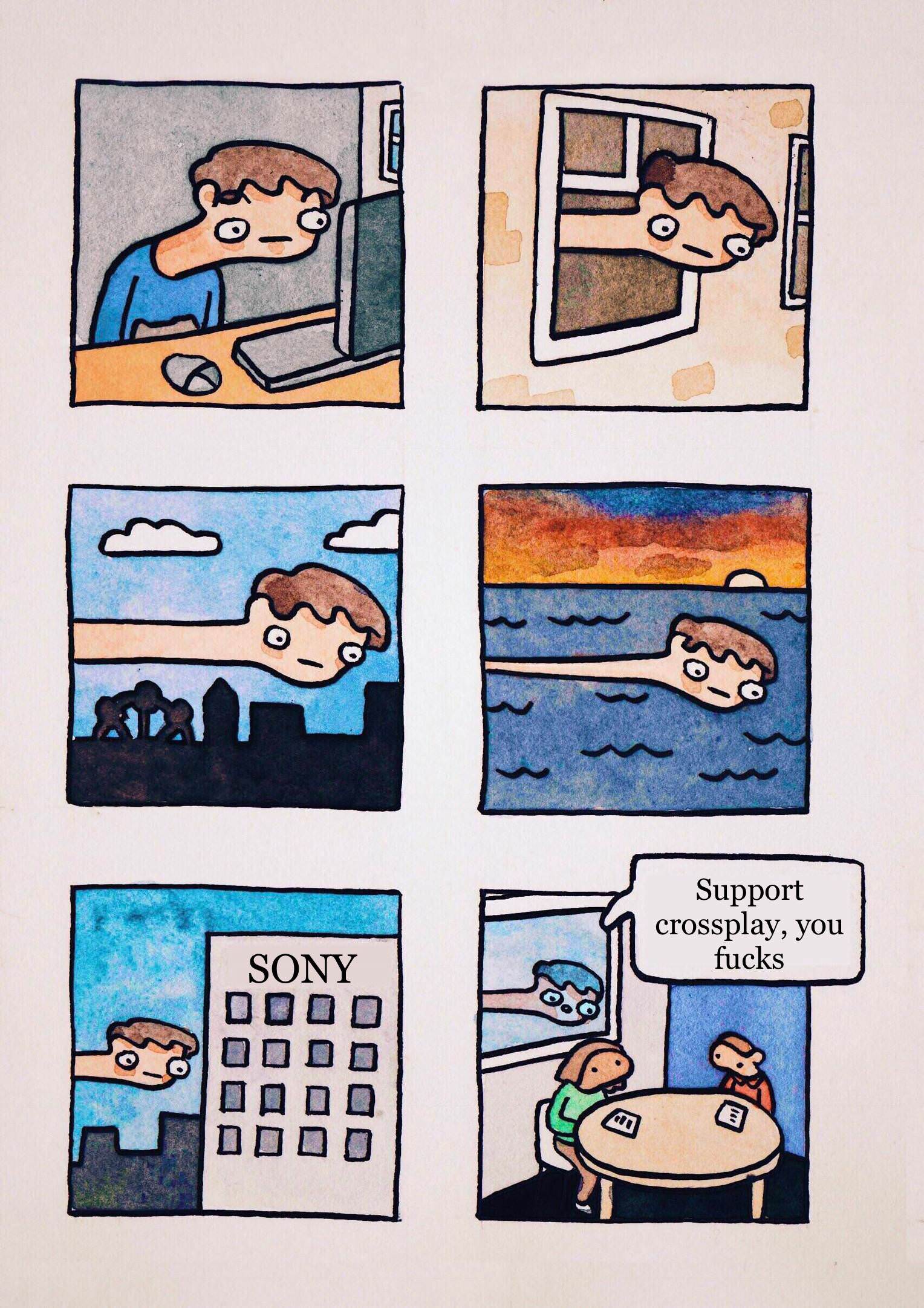 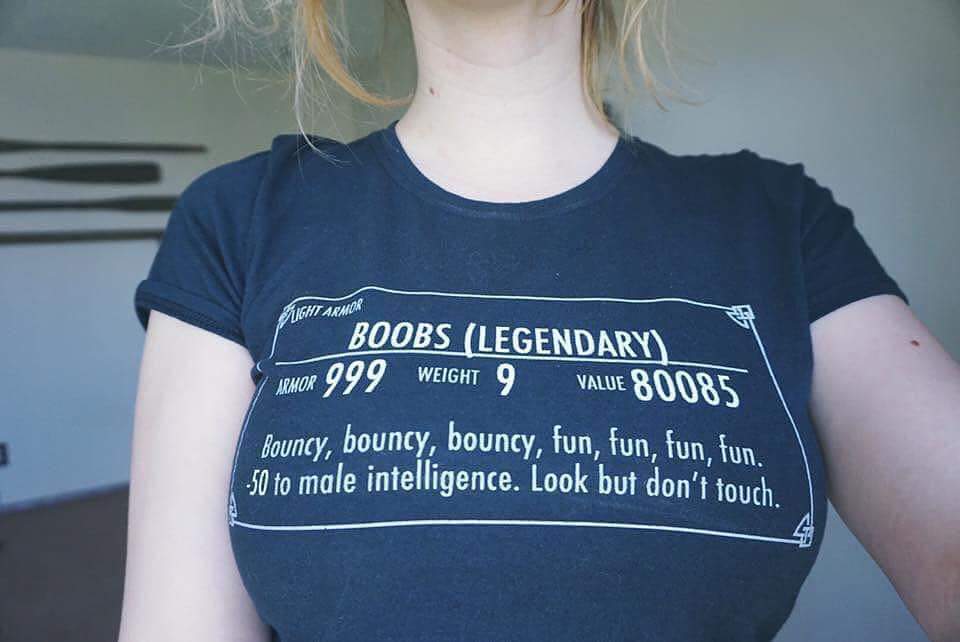 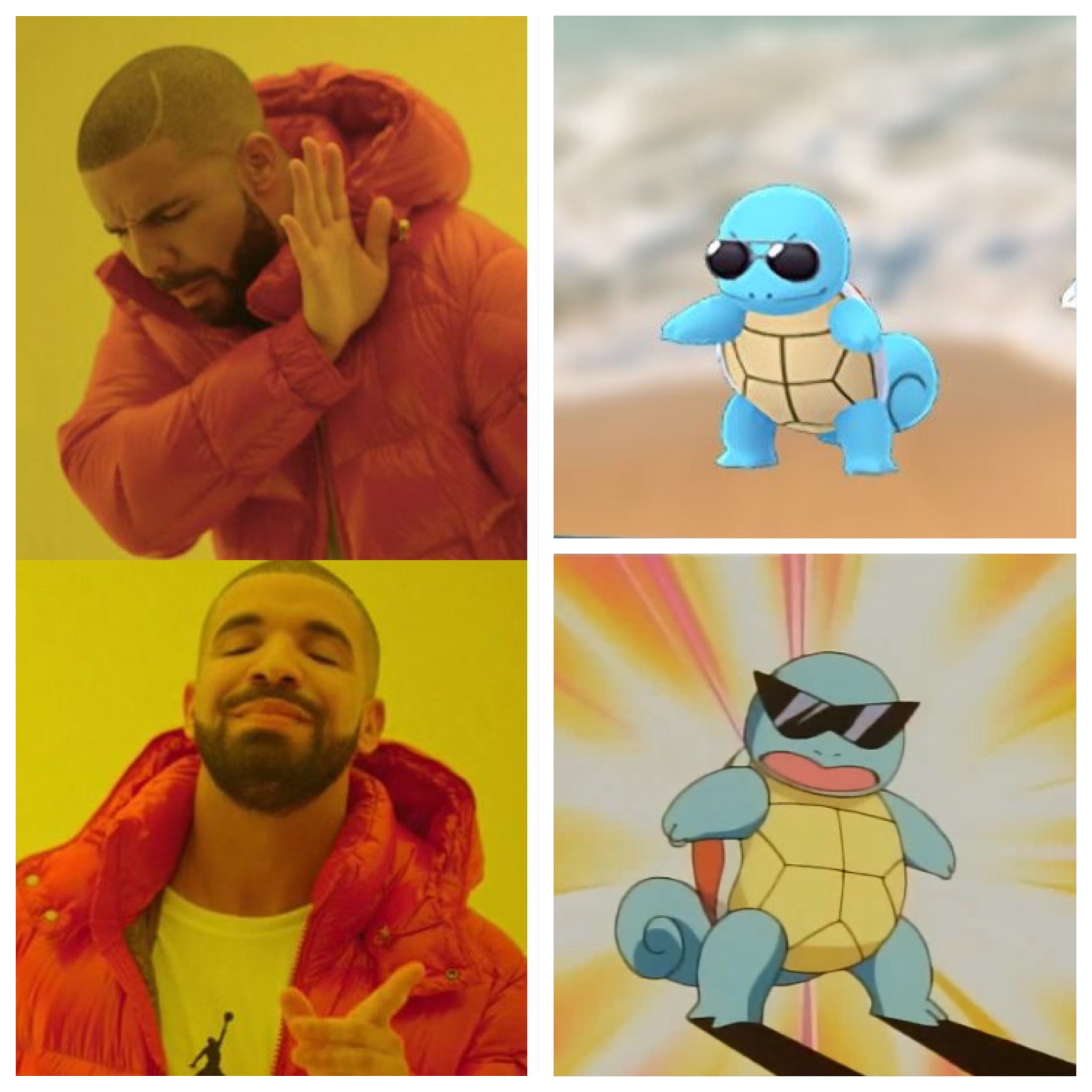 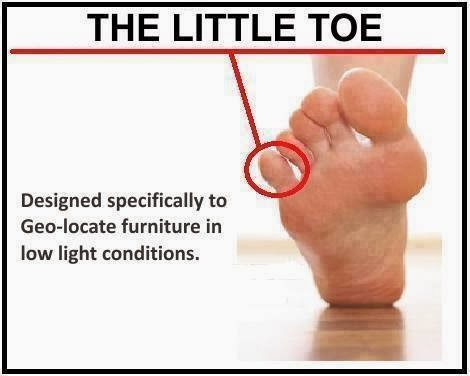 
Thank you for reading and see you next week!
- Team SunKenRock

Appreciate the shout and thanks for the weekly! Wonderful read as always love the wolfjob and NSP <3 <3

Awesome stuff! Shenmue has me far more excited than it should.
W

Always love the honest trailers info was great as always. Food for thought use the weekly winner of the poll for the next weeks interview.
S

The bit about female armor was dead on

The Videos were funny and the gameplay were were very good awesome looking good so far
Show hidden low quality content
You must log in or register to reply here.
Similar threads