I was debating constantly where to put this video . Thinking of various places to post it ,within the weekly In the end i figured why not put it front and center ,and share a very personable video from the director of god of war (4)

Sadly this game is only for the ps4 ,so some of you will not be able to experience it , but i hope one day you all will ,especially if you are fans of the series.

Thank you for time , eyes and attention.
- SunKenRock​

This is it folks! The final week is upon us. The Activity Pandemic Contestt is still going and will have its final day on the 30th of next week.Read this post (Located here is all the need to know information, along with what's on the table for prizes!!)

Prizes for the April Activity Pandemic Contest will be raffled at Wednesday May 1st. at 3 PM EDT!!! Everyone who has participated has a chance to win!​
----------


Welcome to the Tournament Of Champions, here you get the opportunity to play Heroes Of The Storm with other Fever members in attempt to choose the top Five HOTS Fever players for admission in ranked tournaments.

Each week we will have a game night with designated times/dates so everyone gets the opportunity to jump online and play with the rest of the clan, NEW PLAYERS WELCOME For details about the game night or HOTS and how the tournaments will work feel free to personal message me anytime on discord, join the HOTS room.
PLEASE leave comments HERE! SoldierSermon wants to hear from the Fever Community!​
Next Game Night Schedule

Note: If there are any changes or events not listed, please contact any of the Fever Weekly staff.

To convert the times to your timezone, use the following tool: Time Zone Converter. Please check the Discord Events channel for reminders about events.

All game nights are held in Discord, so please join Discord to get in on the fun!

@KingCatNip || Heroes of the Storm - Thursday

If you'd like to participate, please post your battle tag below.
As with the the last couple months' sign ups; please post your league as well (Of the race you intend to play). If there are enough sign ups, I will split the BSG and GPD players into their own tournaments!

In-Game Sections:​
In addition to recruiting, games need staffing to help them run efficiently so all members can have a great time. These tasks can be Recruiter , Game night Hosts, Coach , Content Creator.If you are interested please contact:


Out of Game Sections:​
Supporting a game directly is not the only way you can help Fever. We have jobs available in several areas: Public Relations, Master of the Forums, Graphics Team, and the Front Page.

Are you an out-going person who would like to represent our clan and get in contact with others?
If you answered 'yes', then consider contacting...
@Kimenu, @BruC0Ndr, @Chaves and Coordinator -Nameless who is looking for new public relation members to join the team. You can also contact them if you are interested in becoming a Streamer or Host.
For social media, feel free to contact anyone from the team. In order to help represent or promote Fever.

The Master of the Forums Team is currently looking for any and all officers to assist in the upkeep and monitoring of the Fever Clan forums. Our day to day tasks is making sure all stickies are being updated with current information, monitoring the forums for spam/junk/clutter, as well as ensuring all rules and standards are being kept by all members and guests. For more information contact:
@Daddy
@Saud
If you are interested in creating content for a forum section, including games, please contact either of them.
Graphics Team:

The Graphics Department is searching for members who like to exercise their artistic and graphic design skills. Their goal is to support all departments of Fever through the creation of any necessary graphics - from award ribbon/medals, tournament banners, game banners, and youtube graphics. If this sounds like something you would like to contribute to, please contact @Linessahhttp://feverclan.com/forums/members/linessah.html or @Slyhttp://feverclan.com/forums/members/sly.html
Front Page:

The Fever Clan home page needs help from members who possess the ability to comb the forums for front-page-worthy threads. Candidates must possess the ability to write in clear, concise sentences with proper grammar, spelling, and punctuation. Graphics will be provided for your posts. We use WordPress, so knowledge in WordPress is a plus. However, it is fine if you don't but you must be willing to learn! If you are interested please contact @Linessahhttp://feverclan.com/forums/members/linessah.html
----------​
​

We unfortunately do not have a Member Spotlight due to the lack of response from potential interviewees to our interviewer, Shiny. If you are willing to participate in the Member Spotlight - please let the Fever Weekly Staff know. If you were interviewed previously by a former staff member, that's fine. Don't be shy, folks!​

Hearthstone: Deckbuilding for the Stuff!

Diablo 3: Predicting when Season 13 will end and Season 14 will start


Dontnod, the French indie studio behind Life is Strange and upcoming vampire RPG Vampyr, is working on multiple unannounced games, according to a report from French site Le Figaro. The report (translated by a ResetEra user) says Dontnod is working on one unannounced title and in talks with "a leading industry publisher" about two more. In other words, one game is in development, and the studio has two other game ideas seeking publisher backing. Take that with a grain of salt, though; game ideas die on the vine all the time, so there's no guarantee they'll actually be made. I've reached out to Dontnod for clarification and will update this story if I receive a reply.

The report also mentions the narrative adventure game Dontnod teased last year, which Bandai Namco is publishing. As previously reported, the unnamed game will be set in a fictional US city and focus on investigation. Dontnod said more details will be provided this year, so it's possible we'll hear more about these alleged mystery projects at the same time. One thing we know for sure is that Dontnod's next game, Vampyr, finally has a firm release date: June 5. The studio has paved the way to its long-awaited launch with a series of in-depth dev diaries, and more recently a blood-soaked trailer.​
Link:pcgamer


Ben Brode, a key leader in the success of Blizzard’s Hearthstone, today announced he’s leaving the company to set up a new venture.
Brode was on the original launch team for collectible card strategy game Hearthstone a decade ago. He leaves the company as game director for Hearthstone, which boasts more than 70 million players and has established itself on the professional esports circuit.

In a post on the Battle.net forums, Brode wrote of his pride in the Hearthstone team and the game’s accomplishments.
“People tell me that Hearthstone brought their family closer together, or that they became close friends with people they met,” Brode said. “Others tell me they were inspired by Hearthstone to become game developers themselves. It’s incredible to be a part of something that touches so many people.”
When the game launched in 2014, Polygon’s review gave it a rare perfect score.

Back in 2003, Brode worked as a pizza delivery man, regularly bringing food to the Blizzard offices, where late night working sessions were the norm. He snagged a job as a game tester on Warcraft 3, working his way up into game design. He was on the launch design team for Hearthstone’s cards, which are based in the Warcraft universe. He eventually became lead designer for the game.

At this point, there are no details on his next venture.
“I’m going to help start a new company,” he wrote. “We’ll probably make games, but we haven’t figured anything else out, yet. I’m looking forward to designing, programming, and actually creating things again.”​
Link:polygon


Campo Santo, the developer of Firewatch, has joined Valve. The news arrived as a blog post on Campo Santo's website, which reassured readers that everyone at the studio is remaining employed, and work on the developer's next game (expected in 2019) will continue.

"The twelve of us at Campo Santo have agreed to join Valve," the post reads, "where we will maintain our jobs as video game developers and continue production on our current project, In the Valley of Gods."
"Both sides spoke about our values and how, when you get right down to it, we, as human beings, are hard-limited by the time we have left when it comes to making the things we care about and believe in," the post continues."They asked us if we’d all be interested in coming up to Bellevue and doing that there and we said yes."​
Link:pcgamer


In a dev blog posted on their official Steam page, the PUBG developers have announced some sweeping changes to weapon damage, the attachment system, and the loot table arriving in an upcoming patch.

In the short post, the team explained that there is currently an imbalance of weapon use in the game. Players are often opting for assault rifles over the other weapons in the game in all forms of conflict. Apparently, this goes against the design goals of the team, and in the post they explicitly mention that the team’s “goal is to make it so no one gun will feel objectively better than the others.” While they are being cagey with numbers until the actual patch notes, it seems that PUBG Corp. is about to make some big shifts where weapon damage is concerned.

These aren’t the only significant changes coming down the pipe, as the post also mentions big moves in the weapon attachment system. Currently there are a wide array of attachments for the muzzles, stocks, magazines, and sights of the various weapons in the game. The shifts that will be happening for this system are designed to give players a “wider array of attachment options,” although what that might mean exactly is a little murky. 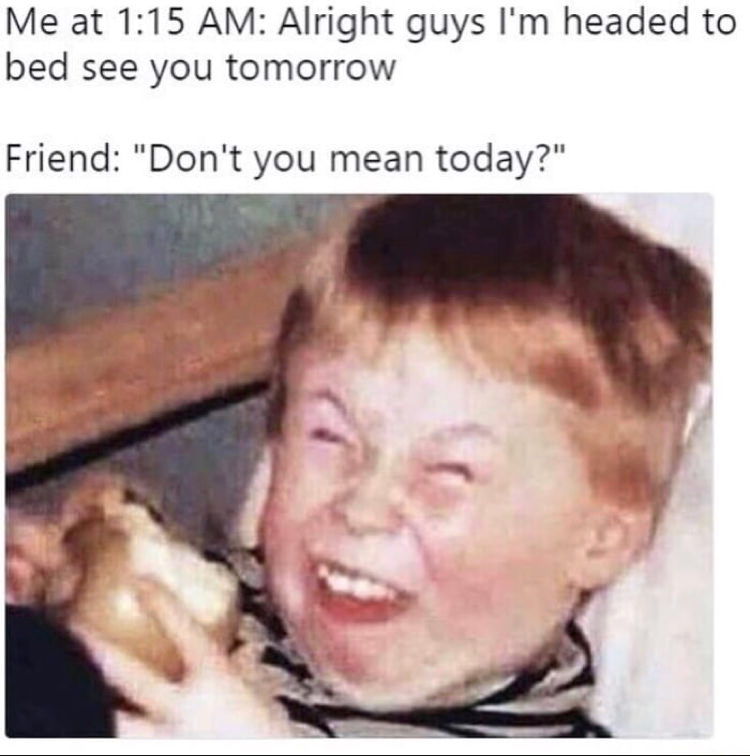 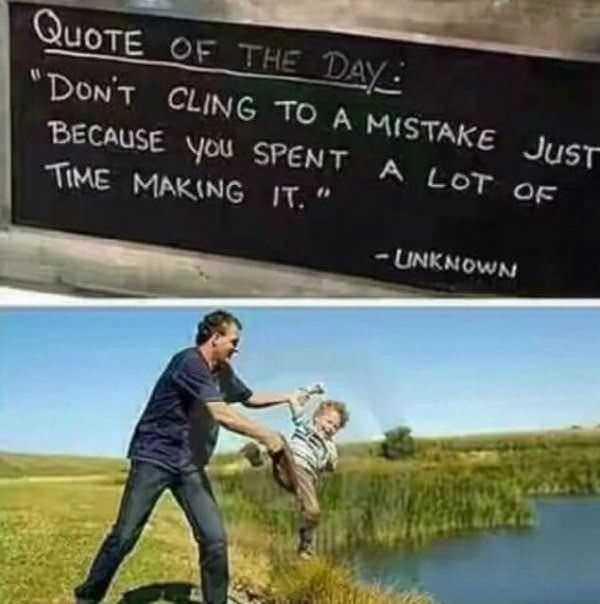 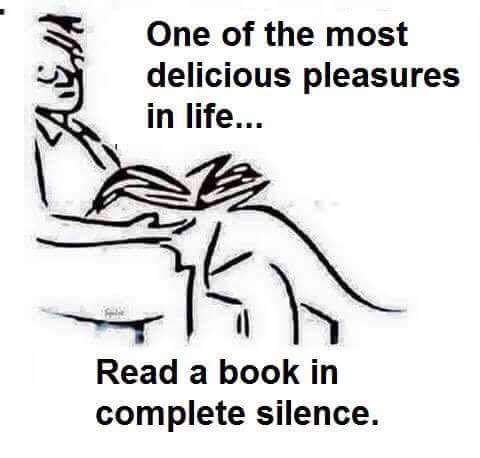 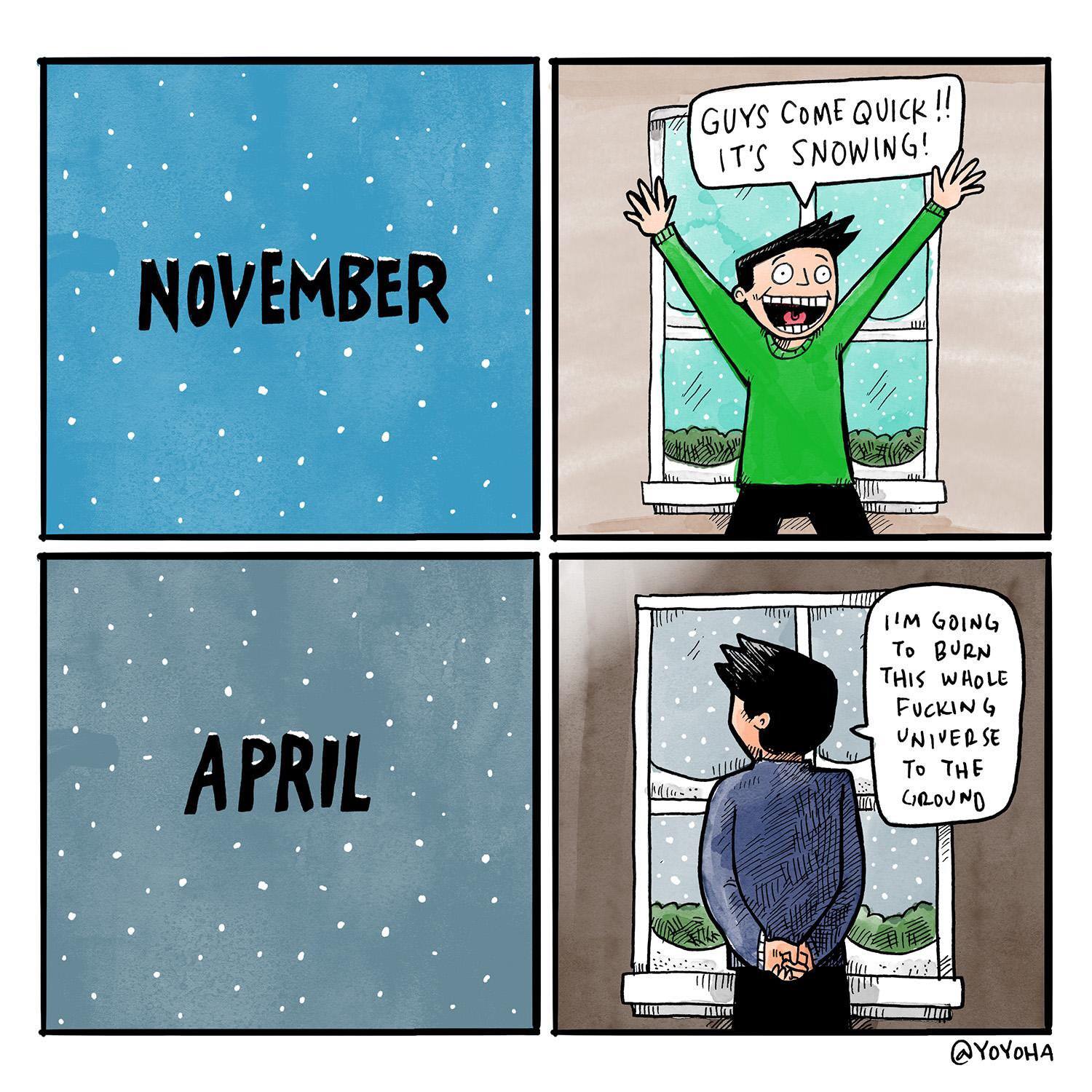 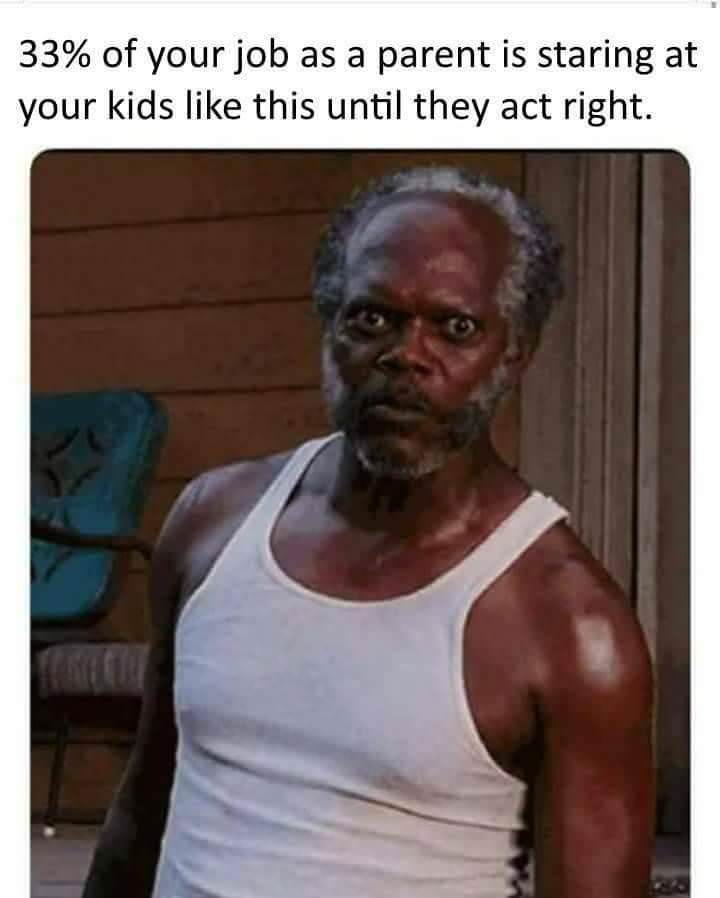 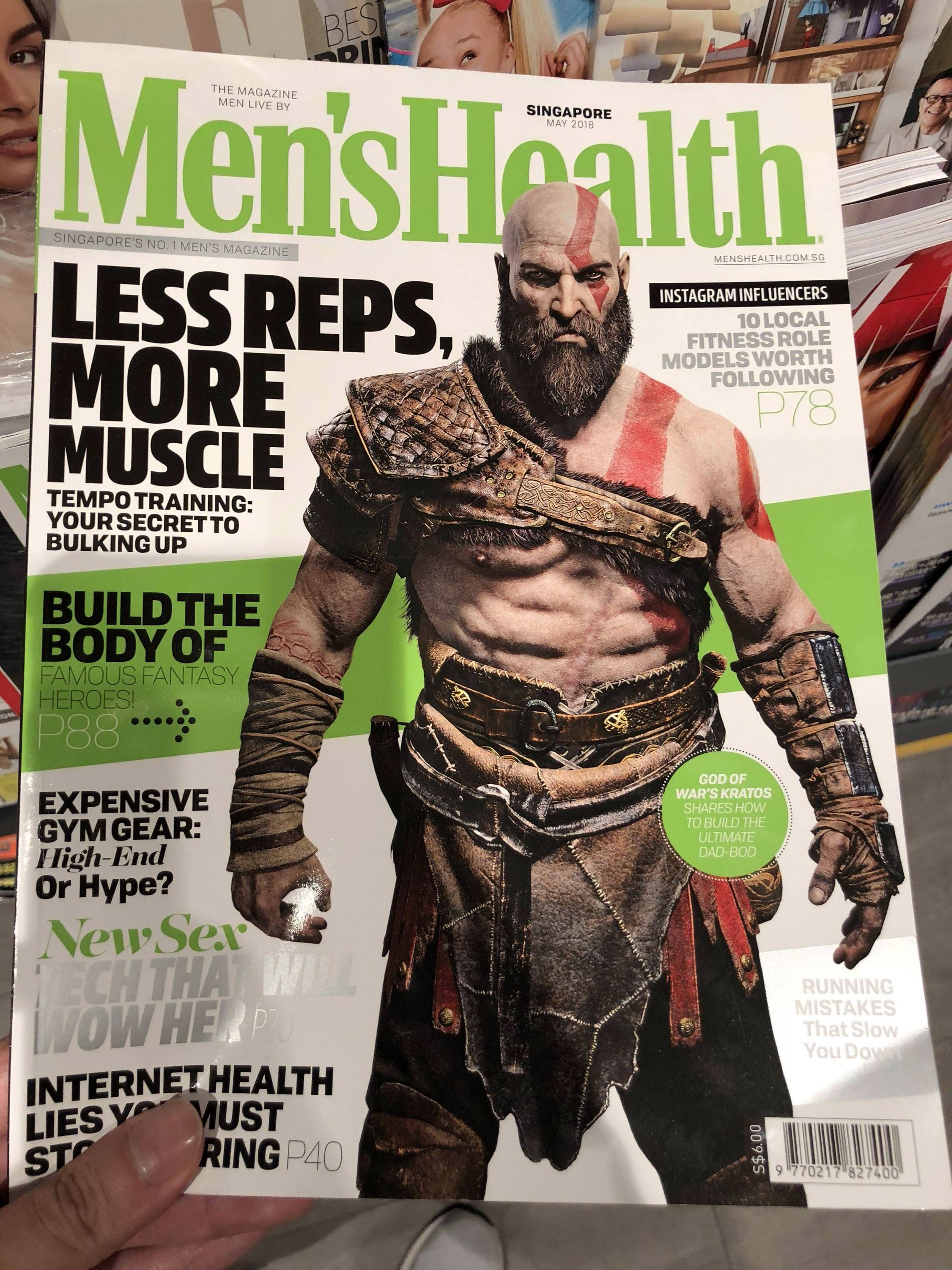 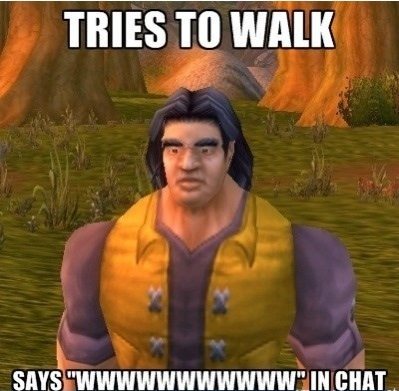 Im glad im not only one that had a broken link for this. The Real Far cry experience by my wife was prolly the fav of the videos and the parenting meme with Samuel L Jackson. Love this stuff.
A

The head to bed meme is too relatable

Kid, I am staring at you for Something!!!! lol

"You shall not pass!"
Show hidden low quality content
You must log in or register to reply here.
Similar threads