Make your own choices and do not let others control you.

"Growth is painful. Change is painful. But nothing is as painful as staying stuck somewhere you don't belong."​

This week in the shop: 10% off on the Fever Mousepad! 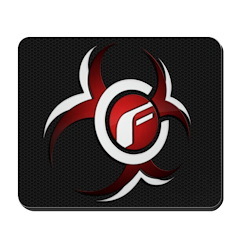 Make sure to check the shop for details on it here.


----------​
Jam's Monthly Fever Drawing has started again!
You can enter with up to three entries (100 coins each) and the lucky winner will get 90% of all the donated coins. The drawing will be over at the end of December.

Please give all of these new members a warm welcome!

Fever Jobs!
If you're interested in any of those, you can contact the responsible people through PM on the forum or try and catch them on TS!
​
Recruiting:
You want to help out our Recruiting Teams and bring new people in?
Then contact...

@Vex & @KittyMae to join the Looking For Group (LFG) Team!
You'd be scouting for people, who are looking out for clans and invite them to us.

@Perwild to join the FPS Recruiting Team.
You will be bumping recruiting threads for games like Battlefield, Call of Duty, Counter Strike and Overwatch.

@neondevil to join the MISC Recruiting Team.
This section includes games like Hearthstone and StarCraft2.

@Renvenar to join the RPG Recruiting Team, which is currently in need of recruiters for Guild Wars 2 and someone to maintain recruiting in the World of Warcraft Reddit.


----------​
Game Sections:
Sometimes our gaming sections need some fresh blood and help to either start up or keep going!
So, if that sounds interesting to you, contact...

@Arimil, who is need of someone to take over the Heroes of the Storm - Nexus Academy.
You would have to host the academy at least once every two weeks for anyone who's interested. Plan out what tactics (for specific maps or enemy teams, etc) or team compositions you should cover and help players improve their gameplay and focus every week on something different. See it like an educational gamenight with coaching.
Bring in your own ideas and help your fellow players out!

@DurandaL, who is on the lookout for more officers to help out the Overwatch Company.

@Sura to join the Greeting Team.
Go through the newly accepted applications every day and shoot them a greeting message to get them started, get in touch with them and overall make them feel welcome in the clan!

@Kimenu, who is looking for a dedicated member to take over the Behind The Scenes Section in the Fever Weekly Issues.
You could be showing us some interviews that were made with creators of a game, explaining what thoughts they had behind certain concepts and things they have done, for example. Or how the making and preparing of the BlizzCon went, etc. Be creative!

@efgodlike, @Deltascourge, @Remmy or @Hemera if you want to be a Content Creator for World of Warcraft!


----------​
Social Media:
Are you an out-going person who would like to represent our clan on social media and get in contact with others?
Then consider contacting...

@Doiri for becoming a Streamer or Host for the Fever Streaming Team.
Catch some attention from people with your stream and make them interested in our community!


----------​
Game Night Hosts:
If organizing a game night and keeping people entertained is a thing you'd like to do, then contact...

@Niine, who is trying to start up CS:GO Game Nights.
If you’re interested, please head over to the CS:GO section and give her some suggestions here!

@slyxsoy to help her with the Guild Wars 2 Game Nights.
For more information click here!

@IgnisFray to be a League of Legends Game Night Host.

Events and Game Nights!​
Game Nights:
@slyxsoy will be hosting Guild Wars 2 Events every Tuesday at 6:30PM PST.
If you want to participate, please send her a PM on the forums or be in the Guild Wars 2 channels on TeamSpeak at the time.

@Towellee is hosting a HotS Game Night every Monday at 8PM to 11PM EST.
If you would like to join in, let him know and be TeamSpeak at the time!
He also provided us with some details:
Monday’s game night will be played in custom with the generic 5v5 matches + Spectators. Each match will consist of different drafting variants such as; All Random, All “specific roles” (ex. Specialists), Classic 5v5 with or without draft (depending on hero pool) along with any scenarios I can think of off the top of my head.

@Lustrum is hosting a HotS Game Night every Wednesday at 10PM EST.
If you want to join them, please click here for more information!

@neondevil is hosting Smite Game Nights every Saturday at 7PM GMT / 12PM PST.
If you’d like to join, just be in the Smite Teamspeak channels at this time. Please read the rules for the Gamenight-Minigames here!


----------​
Special Occasions & Tournaments:
The first Sunday of the month @Sithis will be hosting member meetings at 4pm EST on TeamSpeak.
​

Thresh Montage Brought To You By @spiersie

In regards of the Game Review in the last issue:
[video=youtube;kaYZkcLgMRw]https://www.youtube.com/watch?v=kaYZkcLgMRw[/video]
The Walking Dead: The Telltale Series - A New Frontier, is an upcoming third set of episodes for Telltale Games' The Walking Dead and the successor of Season Two and Season One.

And a little bit of nostalgia & stuffs

Final Fantasy: The Story of Hironobu Sakaguchi and the game that saved Square (Medium spoilers)
[video=youtube;usngxO3SIEM]https://www.youtube.com/watch?v=usngxO3SIEM[/video]

Microsoft is developing its own quantum computer hardware

[video=youtube;7__vKLECrnk]https://www.youtube.com/watch?v=7__vKLECrnk[/video]​
For the past few years, practical quantum computing breakthroughs have been led by companies like Google and D-Wave, working in partnership with NASA. As we’ve determined that D-Wave’s computers are, in fact, quantum computers, interest has grown in building quantum computing solutions that can solve different types of problems more efficiently than D-Wave can. To date, D-Wave’s products have been based on sparsely connected groups of qubits. While this approach has been generally proven to work, it limits the types of problems that the machine can solve. Now, Microsoft is publicly throwing its own hat into the ring with a new quantum computing initiative — and a new type of system known as a topological quantum computer.

In a new blog post, Microsoft announced that it has hired new leaders in the quantum computing field and is expanding its efforts to develop its own machine. Leo Kouwenhoven and Charles Marcus are both experts in the field and Kouwenhoven is credited with discovering evidence that Majorana particles, which were predicted theoretically in 1937, actually exist. Both men have collaborated with Microsoft for years, but the Redmond-based company hasn’t talked much about its quantum aspirations much to date.

So why are companies building quantum computers? It’s not because there’s any real hope of miniaturizing them or building them with conventional semiconductor technologies; quantum computers require supercooling and incredibly advanced manufacturing techniques that make them unlikely for wide deployment. What quantum computing promises is the ability to compute certain types of problems far more quickly and efficiently than conventional systems can manage. In some cases, quantum computers are believed to be theoretically capable of solving problems that classical machines wouldn’t solve before the heat death of the universe.

With Telltale Games creating such a strong brand with its now legacy ridden connection to everything from Game Of Thrones and Minecraft, it's no surprise at all that the third installment of their Walking Dead series is a huge success for fans of the graphic novel, television series and video games. The world setting and the basis for the story allows any and all forms of background stories, with new characters and many characters that have been omitted from the television series making their debut courtesy of Telltale. There is no debate - if you're a fan of the Telltale experience, then you will not go wrong with this excellent "unofficial" season three installment of their series for The Walking Dead!

If you're a veteran player of the Telltale series games, you know that their games follow a certain "Interactive Movie" recipe that provides an experience that is not from a "choose your own adventure" scenario but more like they maintain a fine balance of an illusion that your choices and interactions with other characters and statements you make mean something, when in actuality it simply dictates how you will experience the flow and emotion of the game, which is why I have always been a big fan. Your choices on how you communicate and behave will actually shape the total sum of the experience of the game, and the brutality of things that Michonne goes through will bring goosebumps to even the thickest of skin.
While lengthwise some feel the pricing was a bit much, I feel like when you take into account the development process for games like these, and the "Hollywood" tax that comes with it, it's a fair and reasonable purchase even at full retail price. In conclusion, this game is another home run for Telltale Games and a powerful experience to be had from a gaming standpoint. Wishlist it before the Winter Steam sale!

- Excellent art & graphic presentation.
- Spot-on storytelling, that will satisfy like a good book or film.
- Fresh new storycontent / lore that is new even for veteran fans of the series.

- Compared to season one & two, this installment's length is about 50% in comparison.
- Certain elements of the game stall the flow of the story & character development.
- Slow pacing in the first episode can fatigue interest in continuing to play / watch the game. I really liked that Final Fantasy 15 comparison, always like to see how games fair between the two versions.
V

Somewhere on the planet Earth

Once more a great edition!

Really looking forward to the games coming out this month, thanks for the trailer collection!

Thanks for another awesome issue!

Seagulls stop it now is great. One of my faves. I am looking forward to giving Shadow Complex a try but I just picked up XCOM2. One tactics game at a time while I'm waiting in the bushes of love.