Fever Jobs!​
@JSTFY and @Deltascourge are looking for SMITE and Diablo 3 Content Creators. If youre interested please message one of us on the forums or find us on the teamspeak.

@Sura and @JSTFY are looking for members to join the Greeting Team. If youre interested in doing this job please PM one of them.

@Doiri is wanting either Streamers or Hosts for the Fever Streaming Team. If youre interested please contact him via PM or see him on Teamspeak.

@InciteFear and @Worggy are looking for members to join the YouTube Team. If youre interested in joining please PM one of them or catch them on Teamspeak.

@slyxsoy is looking for people to help her with the Guild Wars 2 Game Nights, if youre interested message her on the forums. Link here: Events and Game Night Schedule

@Jam is looking for people to join the MOBA/Misc recruiting team, if youre interested please contact her on the forums or find her on the Teamspeak.

@Kimenu and @nickthewizard are looking for CSGO Recruiters and Content Creators. If youre interested please contact them through PM or find them on the Teamspeak.​
Events and Game Nights!​
@Doiri is hosting League of Legends Game Nights every Wednesday and Friday at 8PM EST. Here is a link for more information. Link here: LoL: Weekly Game Nights &amp; Tournaments

@slyxsoy will be hosting Guild Wars 2 events every Tuesday at 6:30PM PST. If youre interested in participating then please contact her or find her on Teamspeak.

@JSTFY is hosting SMITE Game Nights every Friday at 7PM GMT / 12PM PST. If youre interested in participating please be in the SMITE Teamspeak rooms at this time.

@DurandaL is hosting an Overwatch Recruiting Contest, if youre wanting to win a $40 dollar Steam Card, go check it out. Link here: July Recruitment Contest

@Arimil will be hosting a Heroes of the Storm Academy every Thursday at 8PM EST. If youre interested in participating please go here to read more, link here: Nexus Academy Thursdays from 9-12 PM EST

Jam: Why did you choose the name Sithis?
Sithis: I chose Sithis because it is the name of my favorite Elder Scrolls deity. He is the creator of the universe and the head of the Dark Brotherhood, a sort of cult in the games series.

Jam: What are some of your hobbies?
Sithis: I occasionally write and read in my free time. Right now im writing an essay for a contest and reading Rhetoric by Aristotle.

Jam: What city do you live in? What do you like or dislike about it?
Sithis: I live in the city of Saint Augustine, the United States oldest city. I like it over all due to its tropical weather, beaches, and the tourists bring in a lot of income for the residence.

Jam: What do you currently do for living?
Sithis: Right now I have two part times jobs doing contracting and working at Marble Slab Creamery, a small ice-cream chain. I am also a part time student taking classes at the local community college.

Jam: Whats your favorite thing to do when youre alone?
Sithis: I like playing league of legends, listening to music, and playing around on the forums, I dont get a lot of free time so when I do I just chill out.

Jam: What made you join Fever in the first place?
Sithis: Ive always been apart of clans or communities while ive been online gaming. When I swapped from Xbox One to my Mac I was laving a community I was a part of for two years and I wanted something to replace that. Fever seemed to be a good fit and it turned out to be.

Jam: What do you like about being in Fever?
Sithis: I like being able to feel a part of something larger than myself, I also like the way Fever is organized and the drama is usually kept at a minimum. Moving up rank and clan job wise is a great feeling as well.

Jam: What jobs do you currently have for the clan?
Sithis: I work as the Application team manager, HR Training, and as Foxs HR Assistant.

Jam: Do you have any jobs for Fever?
Sithis: Currently I am on the Misc. & Moba Recruiting Teams! Ive enjoyed my time here at Fever and the recruiting has been a good way for me to start giving back to the community. I might consider trying out more jobs in the future, but for now its just the Recruiting Team.

Jam: How do you feel about your transition from officer to general?
Sithis: The switch was expected and smooth, I enjoy feeling like im towards the top. Makes me know my work has not gone unnoticed.

Jam: What made you start getting into gaming?
Sithis: I started gaming when I was around 7 or so years old when my parents bought me a gameboy advanced for Christmas. Ever since then I moved to PS2, Xbox 360, Xbox One and now my Mac.

Jam: What are your main games currently?
Sithis: Right now all I play is league of legends, dont have much time to spread my time to other games.

Jam: What do you like about those games?
Sithis: I like the strategy, a nice combination of mechanical skill and thinking skill in one package. Watching the competitive scene and playing the same game they do is also a cool aspect.

Jam: Are you excited for any of the games coming out?
Sithis: None in particular other than TES 6, I dont follow games like I used to.

Jam: This is the end of the interview. Is there anything you would like to tell the readers?
Sithis: Thank you for taking the time to read this interview and to let me know if theyd like to know anything else about me.​ Using a novel system to encode, spot errors, decode, and correct errors in a quantum bit, researchers at Yale University have developed a device that lengthens the life of quantum information.
For the first time, researchers at Yale have crossed the break even point in preserving a bit of quantum information for longer than the lifetime of its constituent parts. They have created a novel system to encode, spot errors, decode, and correct errors in a quantum bit, also known as a qubit. The development of such a robust method of Quantum Error Correction (QEC) has been one of the biggest remaining hurdles in quantum computation.
The findings were published in the journal Nature.
This is the first error correction to actually detect and correct naturally occurring errors, said Robert Schoelkopf, Sterling Professor of Applied Physics and Physics at Yale, director of the Yale Quantum Institute, and principal investigator of the study. It is just the beginning of using QEC for real computing. Now we need to combine QEC with actual computations.
Error correction for quantum data bits is exceptionally difficult because of the nature of the quantum state. Unlike the classical state of either zero or one, the quantum state can be a zero, a one, or a superposition of both zero and one. Furthermore, the quantum state is so fragile that the act of observing it will cause a qubit to revert back to a classical state.

"PART ONE OF A THREE PART REVIEW SERIES: THE MASS EFFECT TRILOGY FOR DUMMIES GUIDE"

There are gamers today who have NEVER played any of the Mass Effect games, which is understandable considering the first installment was released in 2007. The motive behind this three part review series is to prepare for the release of Mass Effect: Andromeda - A fresh installment for the series with an entire new cast of characters built within the preexisting universe that after three installments is rich in lore and deep with some of gaming's best narratives and character developments that Bioware has perfected over the course of the last ten years.

Bioware's first installment of the Mass Effect series was an awe-inspiring event. A deep storyline combined with rich lore and character development that YOU the player manifest was an experience to be had along with the likes of Jade Empire & Dragon Age: Origins as the first of their kind. The fundamental basis for the game experience has without a doubt set the standard for RPG experiences of today and taken its throne as the best gaming experience of its genre. Character interaction & development, "Open World" interaction & high quality Third - Person Shooting With Significant Skill & Ability customization created such a powerful statement in the gaming world that we now see not only a forth new installment coming but also graphic novels and books being published to deepen the lore and storyline of the series.

- Story Narrative That Is Strong Enough To Be A Potential Blockbuster Movie.
- Excellent Character Development That Is Controlled By The Player's Decisions.
- Superior Game Play That Defines The Third Person RPG Experience That Has Stood The Test Of Time For Over Ten Years.

- As The First Installment Of The Series & The Fact That It Was Developed & Published In 2007 - There Will Be Players Who Will Feel Like They Went Too Far Back In Time.
- The "Open World" Aspect Is Limited In It's Scope & Can Feel "Unsaturated" Compared To Current Titles Within The Genre.
- The Price Point For A Game That Is Almost A Decade Old Will Prevent Some Players From Investing In The Purchase At Full Retail Price. 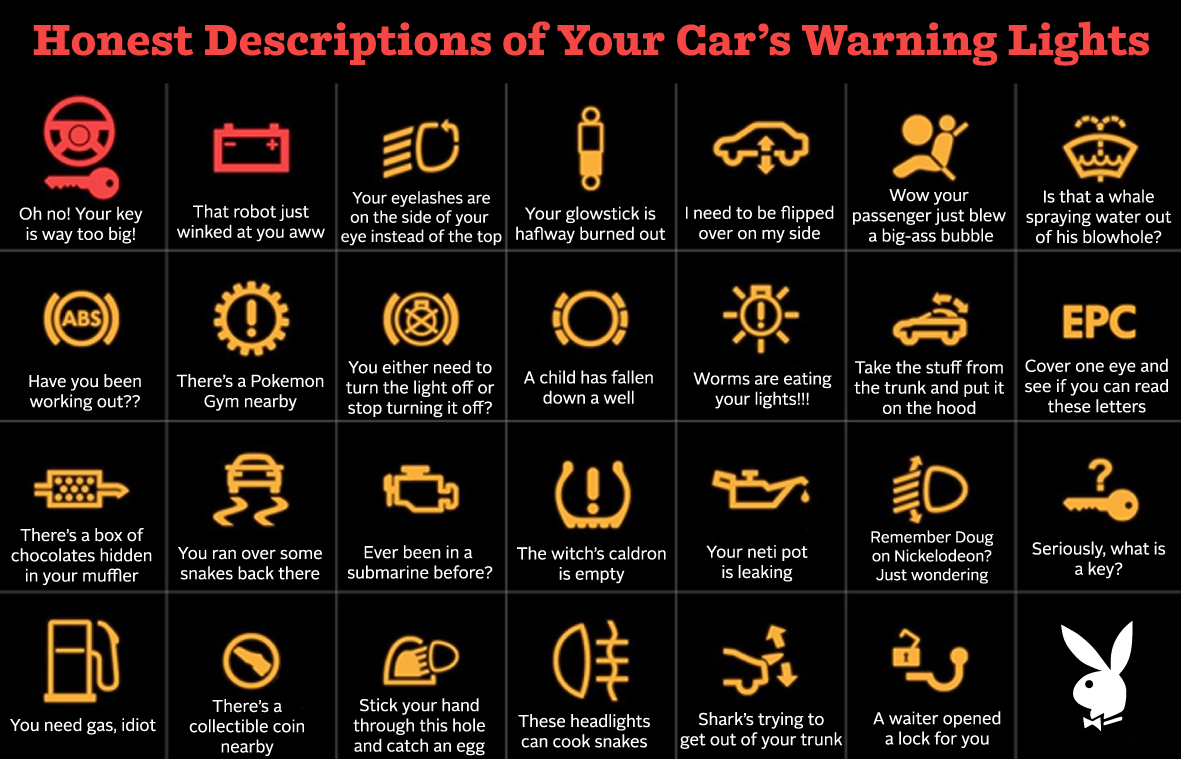 Great issue, the car lights were pretty accurate lol and thanks for the music!

Sorry, but I can't do other than laugh at changing from Potato to Apple. In my country, none of these counts as a real gamer. : D
But it was awesome to read the whole thing! Goodjob!

lottafight said:
Well good interview if I may make a suggestion in the future ask the interviewies if they have a job in fever before you ask what jobs they have lol yup I was paying attention