Season 4 of Fortnite has arrived with a bang thanks to the game's much-touted meteor, and with it players have been granted access to a number of new locations and landmarks as well as some fresh Battle Pass challenges. On top of all that, gamers poking around the Challenges tab will no doubt have already noticed the availability of new player skins in the form of the Carbide, Omega, and Blockbuster armor sets. Unlocking these skins will probably take some time, so we're here to outline the different requirements needed to earn all pieces of each different set.
[h=2]How To Access and Unlock Fortnite Skin Challenges[/h]The first thing that Fornite players need to begin accessing the new skin challenges is a Season 4 Battle Pass. One of these can be picked up for 950 of the game's V-Bucks currency, and players can find them by heading to the Fortnite main menu screen and selecting the Battle Pass tab. Fortnite players can also opt for the V-Bucks Battle Bundle, which costs 2,800 V-Bucks total but comes with a number of goodies on top of the standard Battle Pass.
[h=2]Fortnite Carbide Skin Battle Pass Challenges and Rewards[/h]The Carbide skin set is likely to be the easiest set for Fortnite players to unlock. Like the other skins, there are a number of different milestones to reach &mdash; five, in this case &mdash; with each milestone offering up its own unique unlock. For the Carbide skins, players will need to reach certain levels throughout Season 4 by playing the game and earning experience as usual. 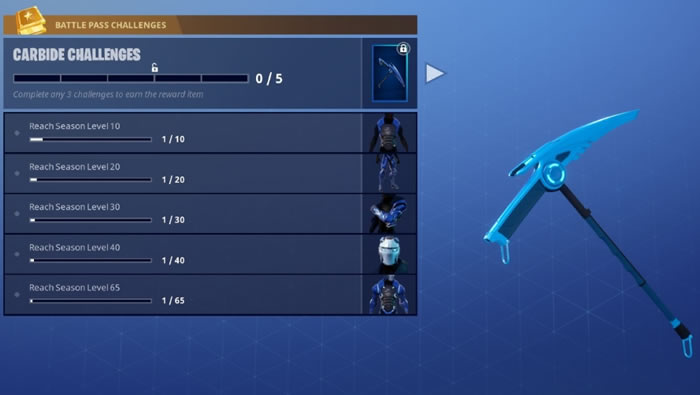 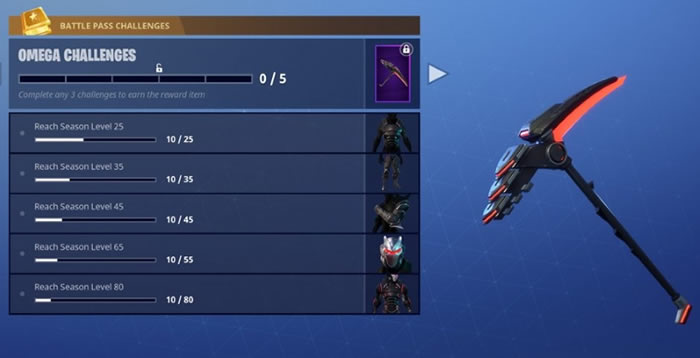 In this case, reaching level 25 unlocks the base Omega chest armor skin, while reaching 35 and 45 unlock the pants and arm skins, respectively. The menacing Omega helmet is a reward for reaching 65, and the ultimate Omega chest armor set is unlocked at level 80. As before, unlocking the tier 3 rewards will grant players with a new weapon in the form of the Omega Pickaxe.
[h=2]Fortnite Blockbuster Skin Battle Pass Challenges and Rewards[/h]On top of the Carbide and Omega armor skin sets, players will also find Season 4 Battle Pass challenges called Blockbuster challenges. These are a bit of a mystery, as there's no clear in-game indication of their rewards, nor is there any current photograph representing what players can expect. All we have to go on are the various challenges listed: 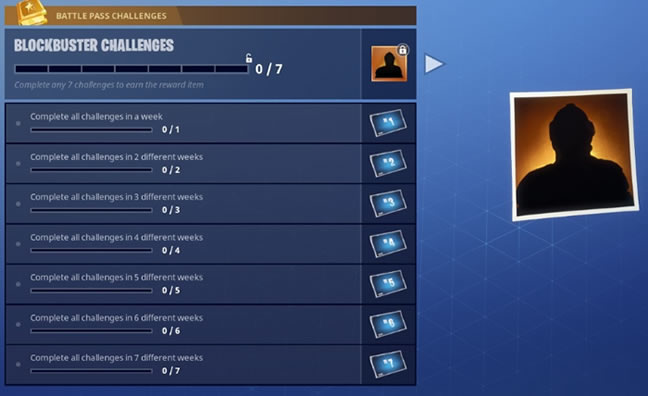 Completing all of the Blockbuster challenges entails completing all of Fortnite's weekly challenges for seven different weeks. That might seem like a tall order for some, but dedicated Fortnite players shouldn't have too much trouble with it. It's likely, though unconfirmed, that the Blockbuster challenge will be an all-new Legendary skin, but until the developers at Epic Games feel like giving us a peek of what's to come, we'll just have to wait and see.