Think you have some sort of idea of what Nintendo might show off during E3 2018? You might want to throw all of those notions away and think again. If a few alleged printed lists of games that may supposedly comprise the entirety of Nintendo's E3 showcase turn out to be true, we're in for quite an interesting presentation this year. Now, of course, you can't take any of this as fact, as it's very clearly a rumor. As such, we don't endorse any of this as true. With that in mind, feast your eyes on the sheets that have been floating around online.
These schedules clearly show a list of games that are meant to be shown off during the Nintendo Direct video presentation during the show. Right off the bat you see names like Punch-Out!!! Become the Champion and, right there, F-Zero SX. Both would be pretty mindblowing announcements to make this year, especially since we've been waiting for a new F-Zero for quite some time.
You'll also see ports of some heavy hitters such as Fortnite, which would mean Nintendo is about to continue printing money and carry on its usual business, because Fortnite is massive right now. There's also Wolfenstein II: The New Colossus and Dragon Ball FighterZ. All utilize the Unreal Engine, and Wolfenstein II: The New Colossus had already previously been confirmed as coming to Switch in the near future. The other games are hardly stretches, either. 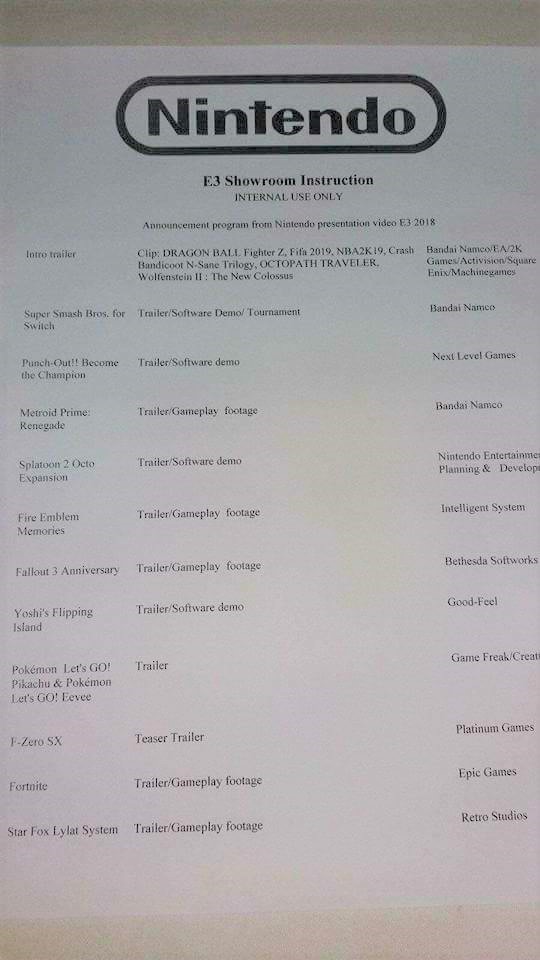 Yoshi's Flipping Island seems like the real anomaly here, because the title is bizarre enough as it is, with the word "flipping" being used in place of a curse word seeming a little forcedful for a Nintendo game, but it could simply be a case of horrible titling -- who knows? It still seems extremely unlikely.
The other sheet delves into more detail with what kinds of things will be seen during the presentation, and it looks just as unbelievable as the rest of the games, but we unfortunately won't be able to confirm anything until the big day finally arrives. For now, like we already said, don't take any of this as fact, but there could be some big shake-ups coming. 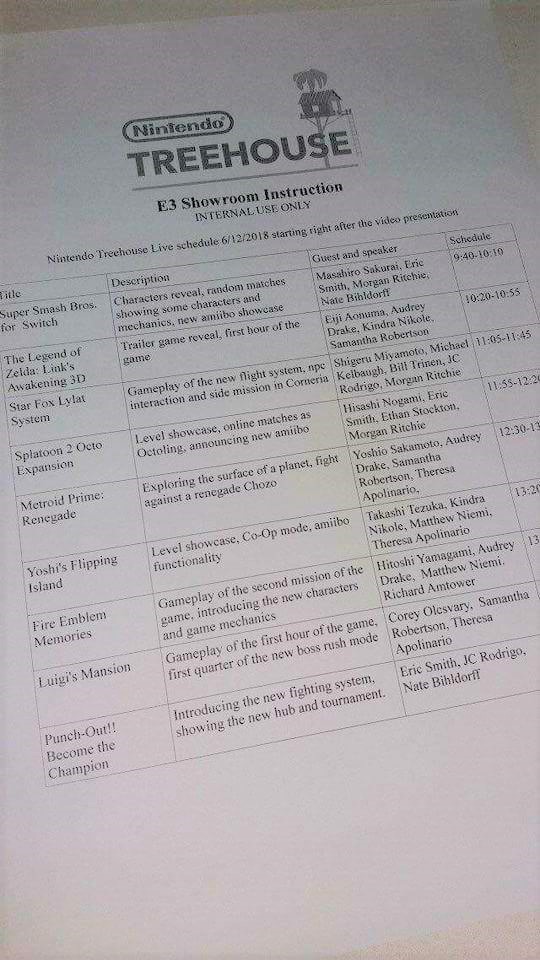 What kind of games are you thinking Nintendo will reveal this year? Do you think a new F-Zero is definitely in the cards? Let us know!