Following hot on the trails of the game's mysterious meteor, Fortnite Season 4 has finally made its big reveal. Within it, players can expect a number of fresh surprises and updates, not the least of which being the game's new Hop Rocks. Players can also expect new challenges, such as the chance for gamers to search for F-O-R-T-N-I-T-E letters in order to score a bounty of in-game experience. Here are the locations of all of the Fortnite Season 4 Week 1 Battle Pass challenge letters we've found so far.
[h=2]Letter Locations in Fortnite Season 4 Week 1 Battle Pass Challenge[/h]Each of the eight letters that spell out Fornite can be found spread across the in-game map. Every letter will be found in proper order, and from what we can see so far, there are more than eight different locations in which to find them. Players with a Fortnite Battle Pass can use the maps below to seek out any letters they haven't yet found in order to score the challenge's reward experience. 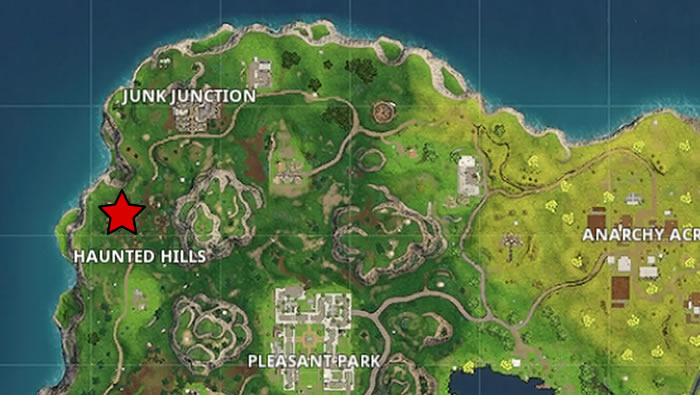 One letter can be found within the Haunted Hills area, just above the grave featuring the likeness of an eagle. 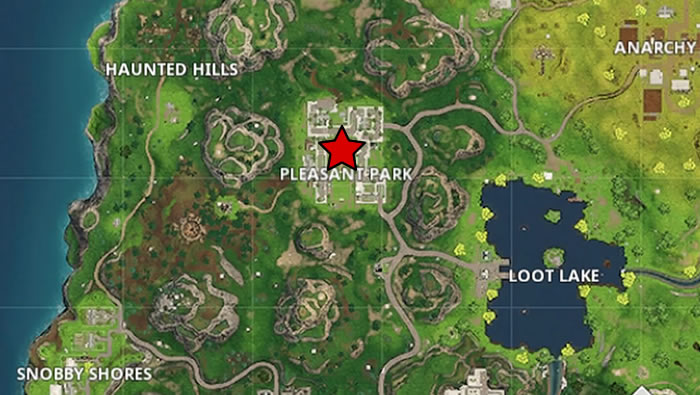 This letter can be found right on top of the gazebo in the middle of Pleasant Park. 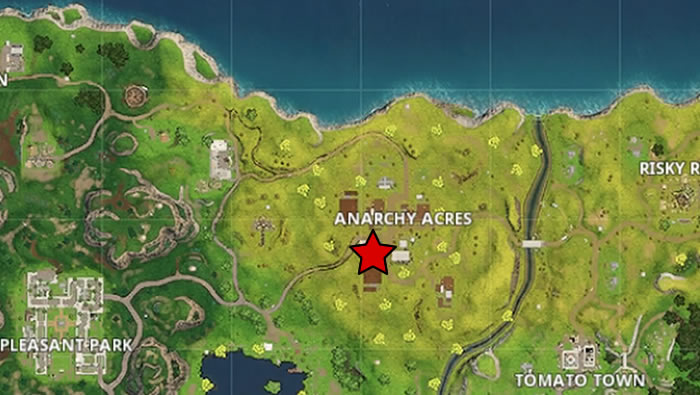 The next letter can be found right above weathervane atop the red barn in Anarchy Acres. 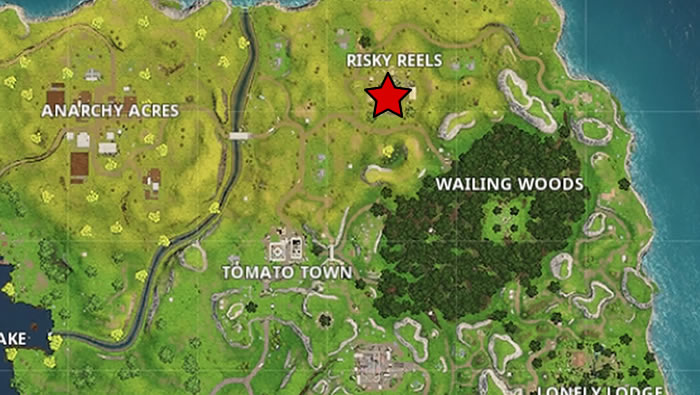 Another letter can be found within Risky Reels, just above a metal barricade holding up the area's movie screen. 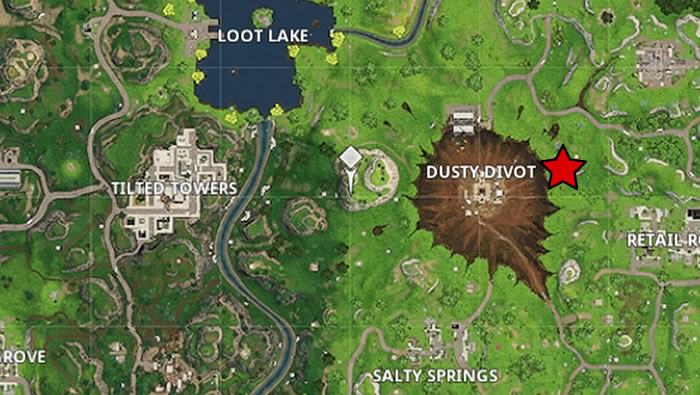 This letter can be found within the new Dusty Divot area, on the eastern side of the crater above the power line. 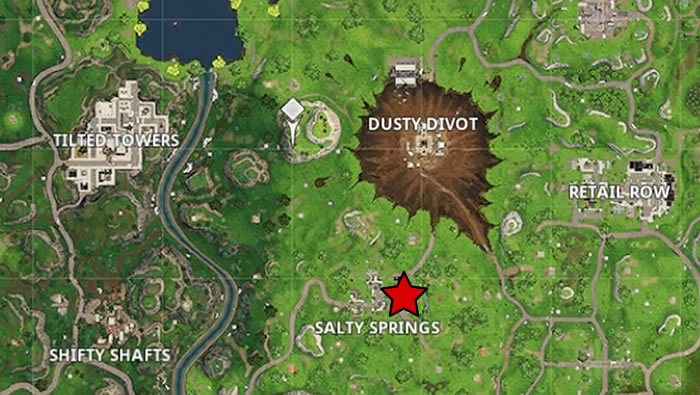 Yet another letter can be found south of the crater in Salty Springs, within the sniper nest that looks over the town. 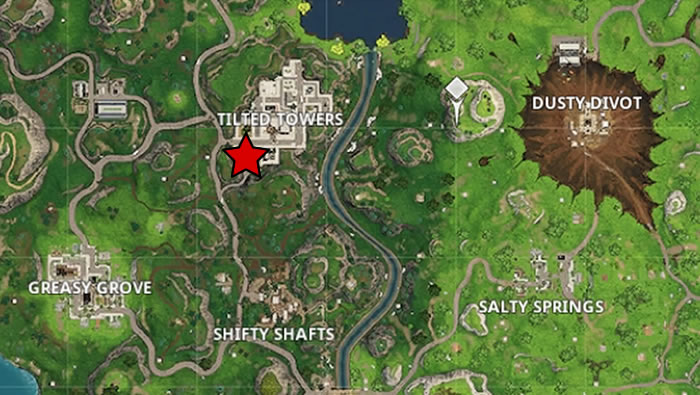 The next letter can be found within Tilted Towers, sitting right on top of the clocktower. 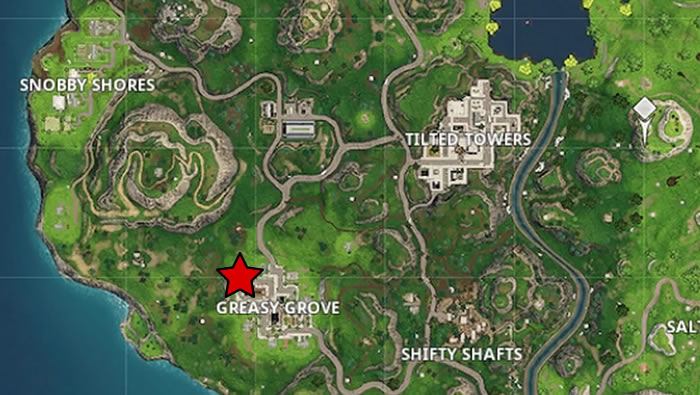 Another letter can be found within Greasy Grove, right near the swingset outside Durrr Burger. 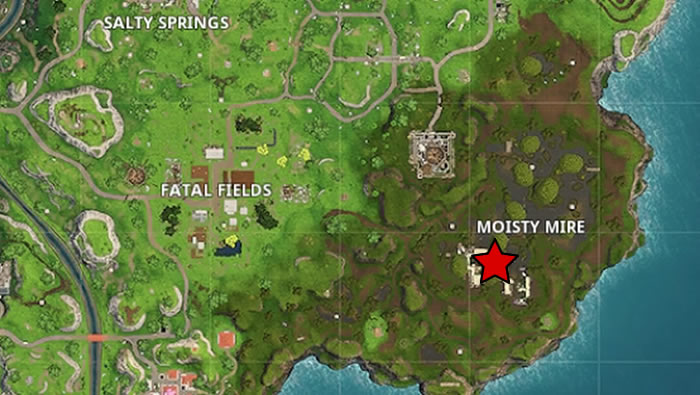 This letter can be found within Moisty Mire, above the treeline near the massive green screen.
As a reward for tracking down each of the letters that spell out Fortnite, players will be given a sum of 500 experience. Assuming they can complete the other weekly tasks in good time, players will also be able to earn a bonus of 5,000 extra experience. To stay on top of the latest in Epic Games' breakout hit Fortnite, keep it tuned right here to Shacknews.